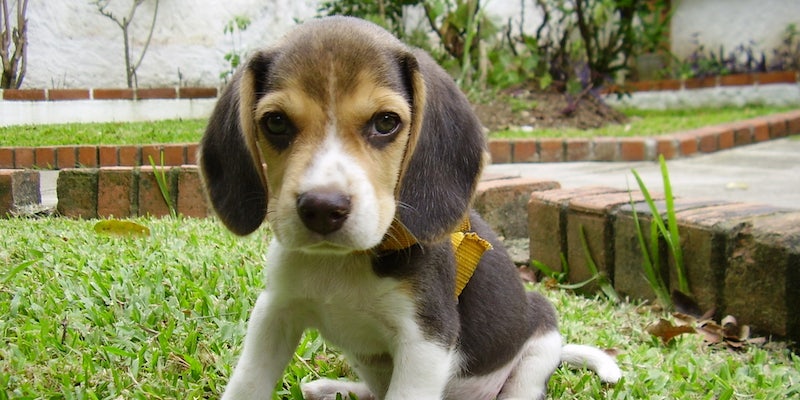 This puppy's fearsome loyalty is just too adorable.

All dogs are heroes, especially this tiny puppy.

Despite its diminutive size, this puppy is determined to protect its owner from attack. When a friend playfully kicks at her legs, the brave little dog springs into action, yapping away harmlessly but adorably at his heels.

Prepare to be terrified by fearsome little paws and floppy ears. Truly, this puppy is the most adorable warrior ever.

Photo via Juanelverdolaga/Wikimedia Commons (CC BY 3.0)