Contrary to popular belief, the most sadistic person associated with Game of Thrones isn’t Joffrey or Cersei or the dude from the second season who tortures prisoners by making rats eat through their intestines or even George R.R. Martin himself.

It’s BroBible contributor Bread Foster, who decided it’d be a swell idea to troll women on Tinder by messaging them with spoilers for the show’s season finale.

Bread’s descent into the darkest depths of human depravity began last week, before the season finale even aired. As if being one of those smarmy, ASOIAF-reading GOT fans weren’t unattractive enough, he decided to break the hearts of every single lady on Tinder by messaging them what happened in the season finale.

It did not go well: 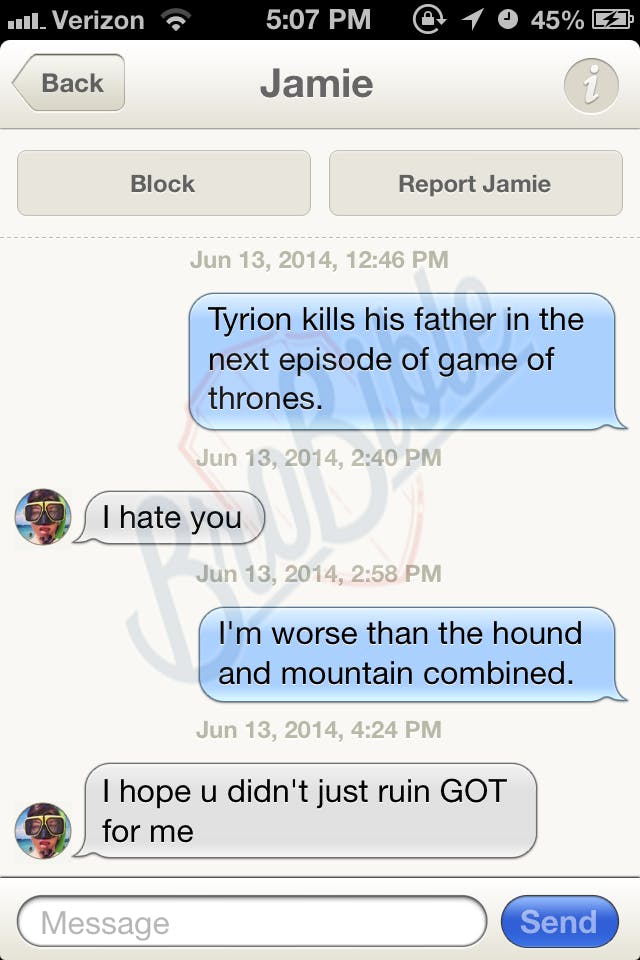 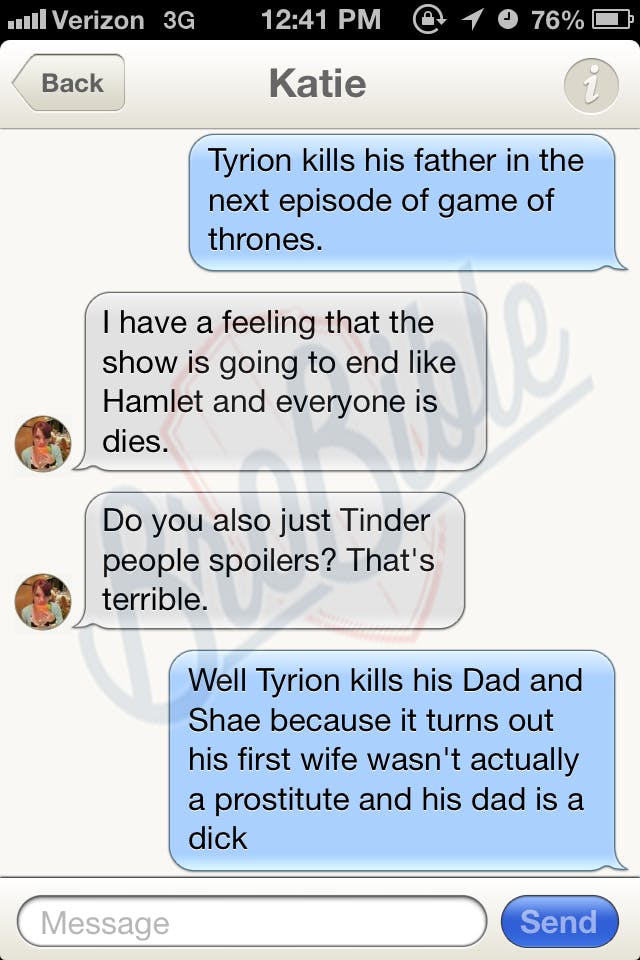 At one point, Bread upped the ante by telling the women spoilers that weren’t actually true. 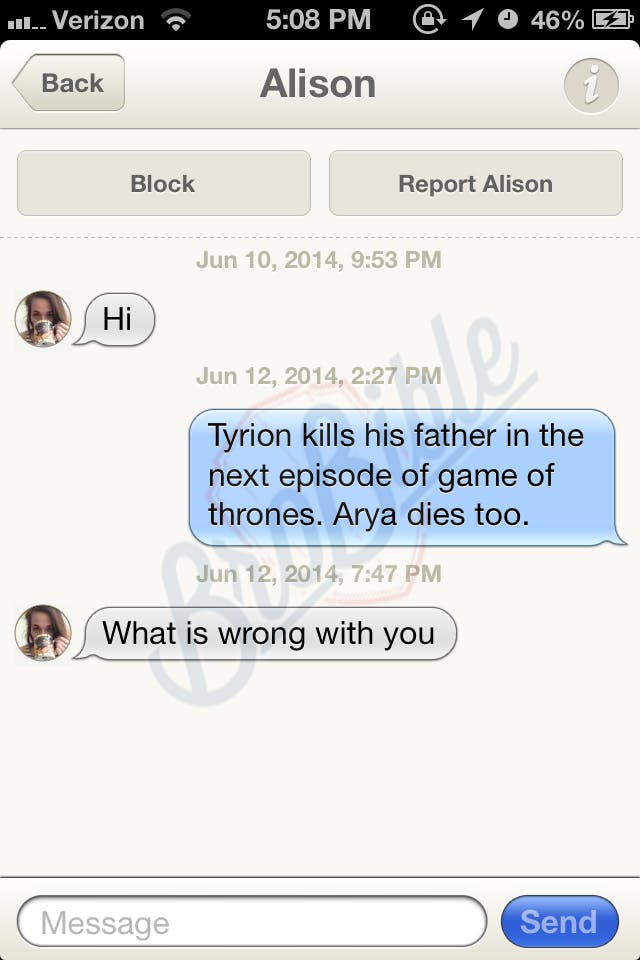 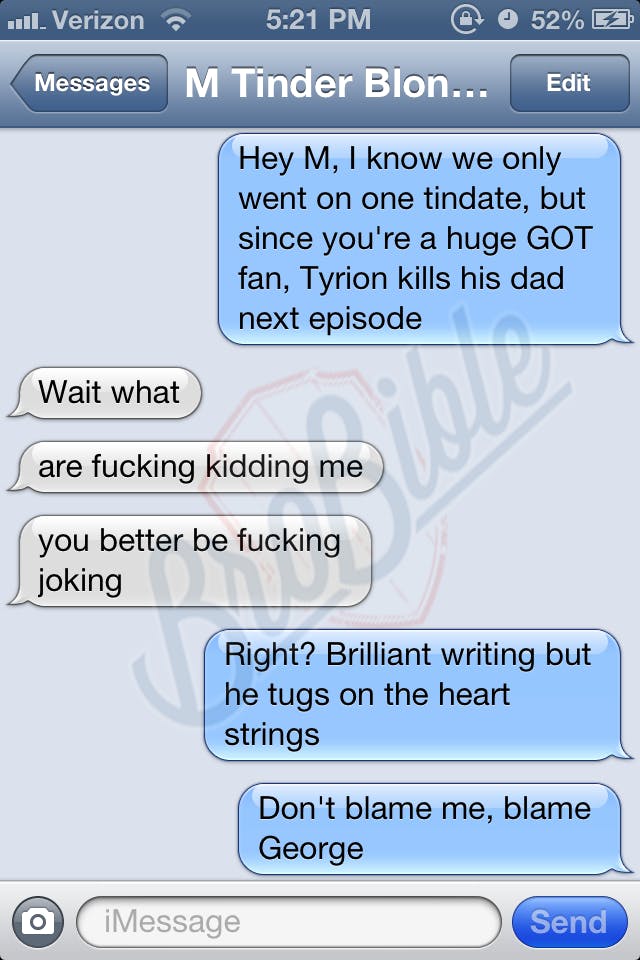 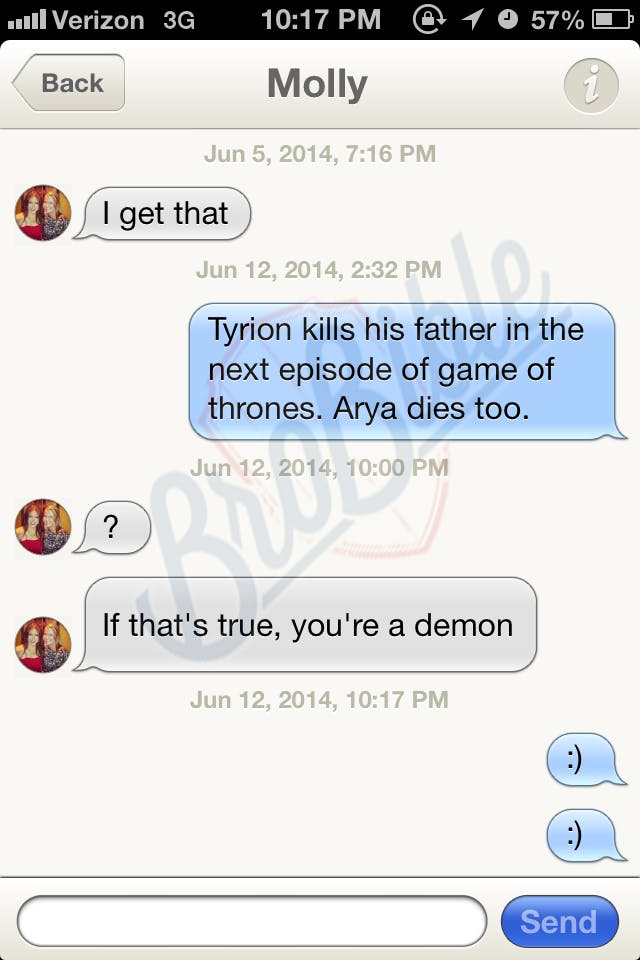 Of course, this strategy was bound to backfire at some point. 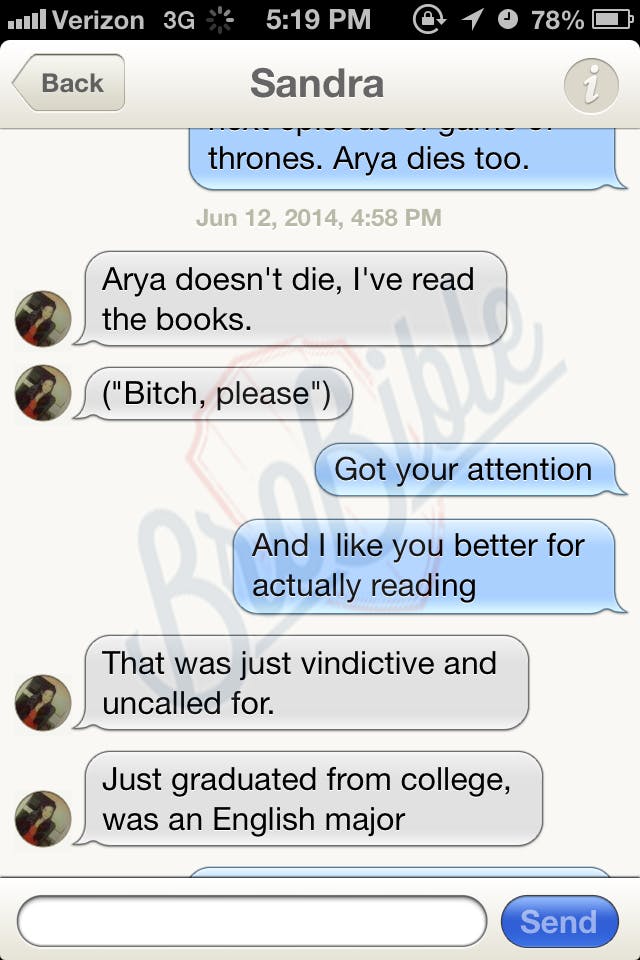 It’s unclear whether Bread’s spoiler stunt was intended as a troll or even a misguided attempt at flirtation. But two things are clear: 1) This is much, much worse than getting a message with a dick pic, and 2) I must be as masochistic as Ramsay Snow’s girlfriend Myranda, because this kinda makes me really attracted to him.