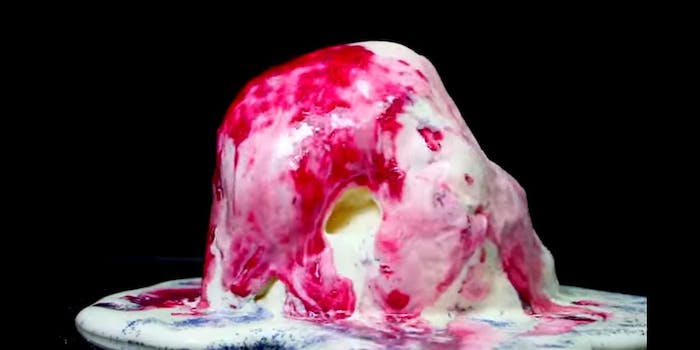 We all know how it feels to stand out in the sweltering summer heat too long, but this YouTube video really puts that melting feeling in perspective.

The video does have a happy ending, though: All of the ice cream un-melts and reforms.

Since July and August are typically the hottest months of the summer, make sure you enjoy that refreshing ice cream in a hurry, and look forward to feeling a little more refrozen come autumn.