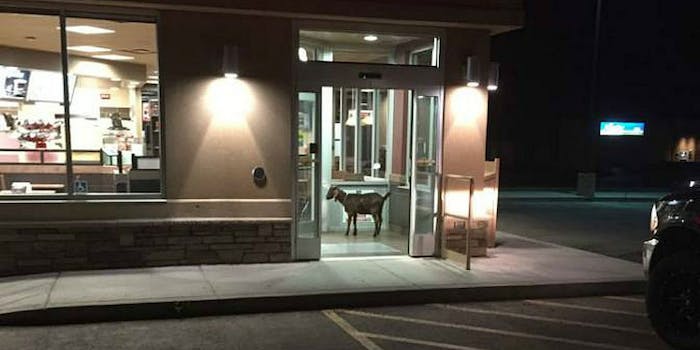 All the goat wanted was a little bit of warmth and safety.

The Royal Canadian Mounted Police have a long and glorious tradition of law enforcement and keeping our neighbors to the north in safe hands. Also, heroically dealing with goats who won’t leave fast food establishments in a safe and timely manner.

The Mounties were called to a Tim Hortons restaurant at 4 a.m. Sunday in Martensville, Saskatchewan, because a goat allegedly refused to leave the restaurant. Employees kept shooing it away, but the animal would turn around and step back through the automatic doors because, as the Mounties’ found, the animal was cold and wanted to sleep in the warmth of the restaurant.

So the police “arrested” the goat—which apparently had escaped from the University of Saskatchewan Rodeo—and placed him in the back of a police vehicle. As the RCMP wrote in a humorously sarcastic news release, via the Star Phoenix: “[The goat] was very unhappy with this so the members decided to take him home instead of to holding cells at the detachment.” 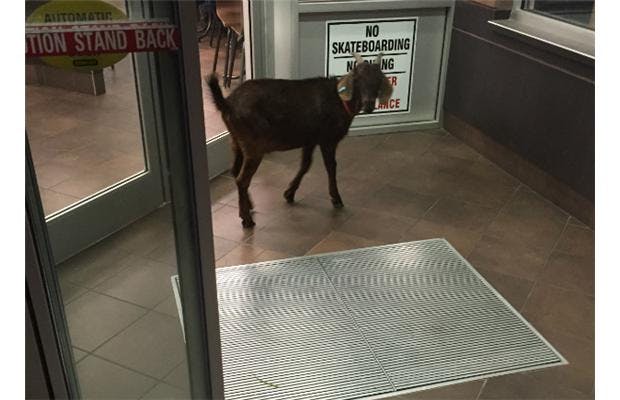 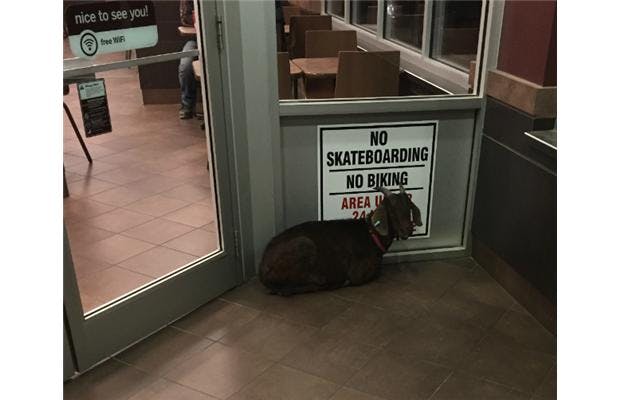 Eventually, the goat’s owners were located, and it sounds as if the story had a happy ending. Except that the goat didn’t get to eat any donuts or drink any coffee.

It could have been worse for  Tim Hortons, though. The restaurant only had to deal with one goat. Can you imagine what would have happened if a stampede of goats came rushing into the restaurant, demanding all the maple biscuit breakfast sandwiches they had on hand? It probably would have looked something like this.