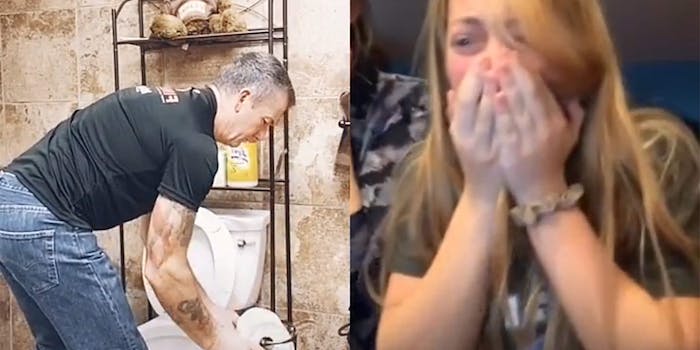 When the happiest day of your life becomes a meme.

Imagine you’ve been accepted to the college of your dreams. Now imagine TikTok has added chorus upon chorus to the happiest day of your life (so far).

If you sift through enough of the weird stuff on TikTok, sometimes you can find something truly heartfelt. Back on Dec. 20, user Mia Tomeo posted a video showing her and her parents reacting to her acceptance to Tulane University. Her father, teary-eyed, chimes in, “No way. There’s no way.” The video has more than 5 million likes.

It’s a pure reaction video. According to Know Your Meme, it also became a template for duets, in which other users took Tomeo’s shocked reaction and paired it with something more comedic, like a guy cleaning up after using the toilet.

There were cooking tips.