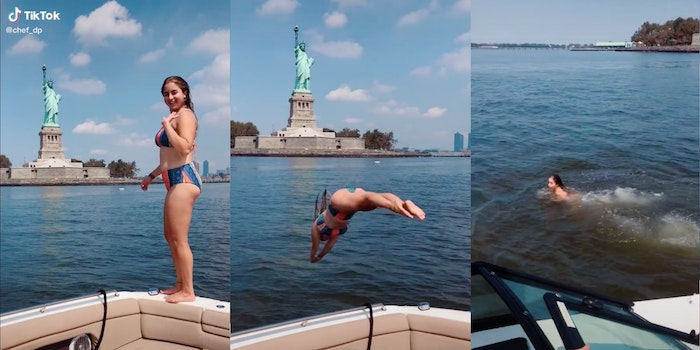 TikToker horrifies viewers by swimming in the Hudson River

The waters, however, are mostly safe to swim in.

People online are truly disgusted by a person who happily took a dip in the suspect looking Hudson River.