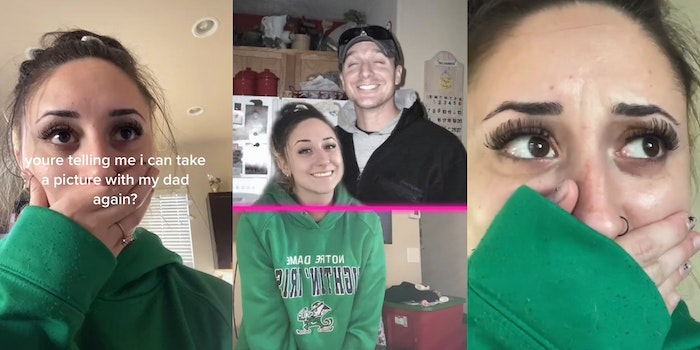 The TikTok filter is being used to scan people into photos with people they've lost.

A TikTok filter is being repurposed by some users as a way to deal with grief and loss.