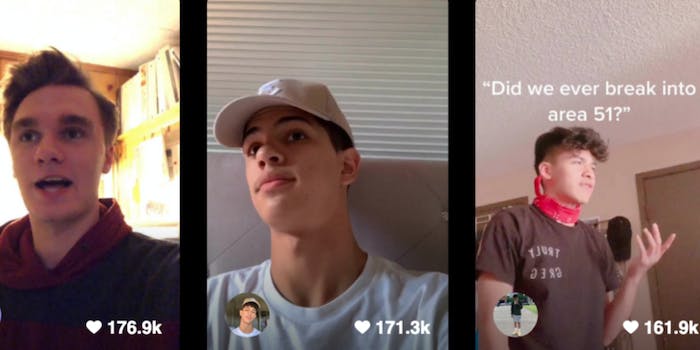 The time traveler conversation meme finds its way to TikTok

People want to know what happened with Area 51.

The time traveler meme has seen several variations, but it’s found a new form on TikTok, aided by the add text feature. The meme traditionally features a conversation between a time traveler and someone in the year they’ve traveled to, and Know Your Meme points to a 2017 Doctor Who episode as one of its sources.

Some of the videos are more Back to the Future-y.

Others warn of more specific moments in history.

And some reference other TikTok memes, like Save the Turtles.

And, since TikTok is always riffing on pop culture, there’s a subgenre of Area 51 meme memes.