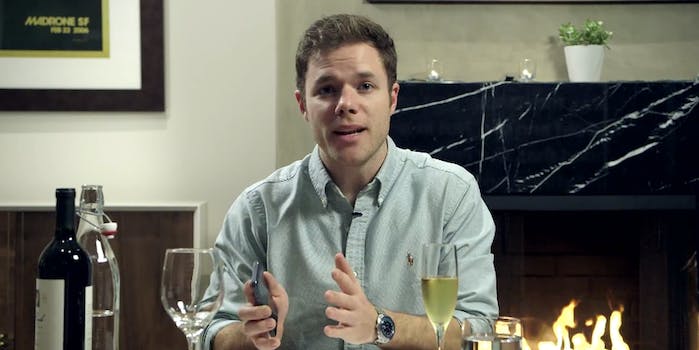 It's just a phone tickle away.

Getting yourself out of awkward situations is just a phone tickle away.

Some of us have been faking phone calls to get out of things for years, but now there’s a legitimate app for that—and you don’t even have to wrangle your friends into helping you with that “premature social ejection.”

It’s called Tickle, and with just a tickle or awkward gesture on your phone, you can have a phantom call sent your way, which will let you excuse yourself from whatever situation you’re currently stuck in.

After you receive the call, you’re on your own on how to fake the conversation.

“Tickle was born at an awkward dinner—you know the one, where someone decided to invite 24 people and it came time to pay the bill,” the site’s description reads. “Rather than take another trip to the bathroom, we invented an app that lets you realistically escape any and all awkward situations you encounter.”

Tickle is still in private beta testing (and only available for iOS), but you can sign up for the waiting list, which will let you know when the app goes public. And with no functional UI, there’s plenty of opportunity for it to go off when you don’t want it to.

Of course, there’s a chance this could all be fake, but I’m surprised somebody hasn’t made this already, real or otherwise.

How else are we supposed to get out of being socially awkward?