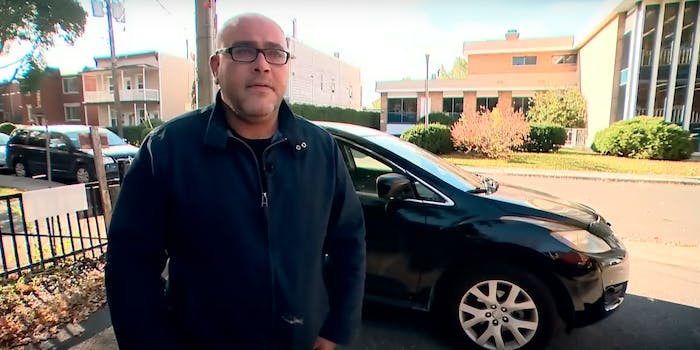 The police made this man sweat, baby.

Taoufik Moalla of Montreal, Canada, was pulled over by police and given a ticket for $149, not for speeding or running a stop sign, but for singing ’90s dance anthem “Gonna Make You Sweat (Everybody Dance Now)” by C+C Music Factory.

According to an Associated Press report, Moalla at first believed that the police were pulling over someone else and needed him to move, then they approached his car.

“Then they asked me if I screamed,” Molla told CTV reporter Rob Lurie. “I said, ‘No, I was just singing.'” The officer then took his license and returned five minutes later with the $149 ticket for screaming in public.

To be fair, the song is undeniably catchy. It topped Billboard Hot 100 Singles list for two weeks in 1991, hit the #3 spot in the United Kingdom, and has been featured in numerous movies and television shows.

Moalla says he plans to contest the ticket.