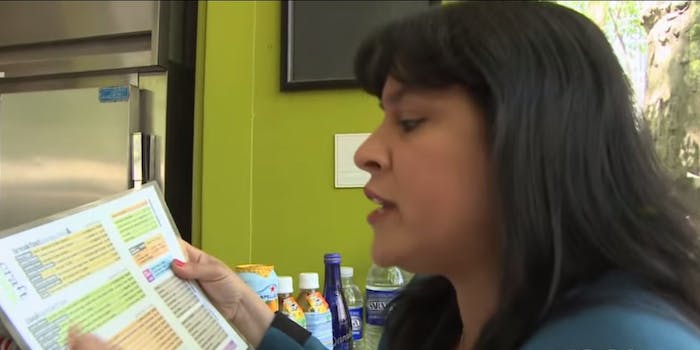 Imagine how big of a dent you could put in your summer reading if you were capable of this?

Imagine how big of a dent you could put in your summer reading if you were capable of polishing off an entire story in 15 seconds. For New York comedian Fran Capo, such a feat is life as usual.

As part of an interview with Time, Capo, the “world’s fastest-talking woman,” shows off her unique talent in a YouTube video. In just 15 seconds, she reads the entirety of the classic children’s tale The Three Little Pigs.

The thick New York accent is a bit difficult to overcome (at least for this Philly dude), but she nevertheless pulls off the mind-blowing reading.

According to the article, Capo can speak 11 words per second. To put this into perspective, this means that she could say the Pledge of Allegiance (which clocks in at 31 words) in under three seconds. Theoretically, she could read the entire 76,944-word text of Harry Potter and the Philosopher’s Stone aloud in just under two hours.

It looks like John Moschitta Jr., the “Micro Machines Guy” from the 1980s, may have finally met his soulmate.