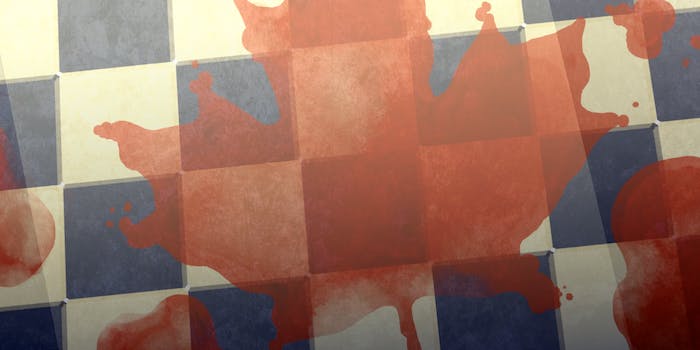 Massacre threats against U of Toronto’s female students stun community

Toronto Police call them 'not credible.'

An unidentified person or persons threatened female students at the University of Toronto, with what its academic union called “gendered threats” containing declarations “of extreme violence targeting women and feminists at UofT.”

The threats were posted in the comments section of city guide and lifestyle site, blogTO.

The threats of one blogTO commenter, “Kill Feminists,” were captured on an Instagram image on Sept. 5 and tweeted to the Toronto police.

More comments, from the same handle and also from Sept. 5, were captured and posted on Reddit:

“Next week when a feminist at the University of Toronto tries to ruin your life with false sex rape allegations, rent a gun from a gang and start firing bullets into these feminists at your nearest Women’s Studies classroom.”

“The feminists who act rude to you at the University of Toronto should be shot to death and the remaining survivors tied to a tree with their throats slit with a dull knife.

“You have nothing to lose. Go into the nearest Sociology or Womens Studies classroom next week, and fire bullets into the Professor’s head and spray bullets all over the room until all the feminists are dead.”

“If a female student or professor acts lewd in the classroom and disrespects you at the University of Toronto. You can rent a machine gun at Jarvis.

“If you need any guns to kill any feminists at the University of Toronto next week, there is a gang at Jarvis who is renting guns for $40 a day.”

Some women’s studies classes were cancelled Monday, to provide what UofT Professor Hae Yeon called a “moment of serious reflection.”

On Sept. 11, the Toronto Police stated that although the investigation is ongoing, “To date, no credible threat has been identified.”

But Canada has suffered women-specific mass murder before.

In 1989, a man committed mass murder of women at Montreal’s Ecole Polytechnique. Known as the “Montreal Massacre,” its perpetrator proclaimed that he was “fighting feminism” by killing 14 women.

Although Canada’s gun laws are more restrictive than those in the U.S., it still has the 13th-largest collection of guns in private hands. It has had a not-inconsequential number of mass shootings in its history. As recently as October, the nation suffered through a mass shooting at the Parliament in Ottawa.