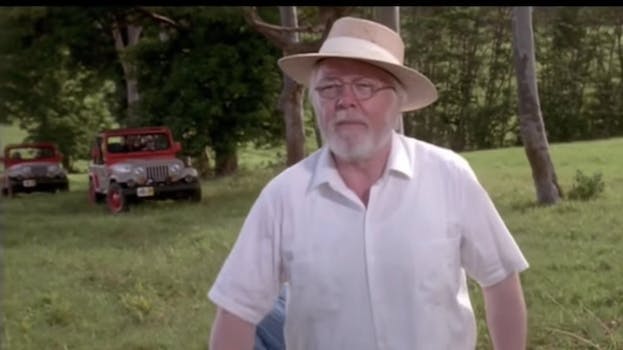 Jurassic Park. We love the movie (not its sequels—well, maybe The Lost World: Jurassic Park, but not Jurassic Park III or Jurassic World) for giving us some of the best computer-generated imagery of the ‘90s, and scaring the crap out of us as children (and adults). And of course that iconic scene: The one where Jurassic Park creator John Hammond introduces everyone to his enchanting (at first) dinosaur land.

Now it looks like there’s an IRL John Hammond lurking around Adelaide’s Rundle Street in Australia. Captured by Mark (who’s a part of the Australian comedy duo the Royal Stampede), the video displays some random dude who looks a lot like Hammond, and that iconic line sprinkled in for effect: “Welcome to Jurassic Park.”

Plus the comments on the video have a field day—one observant commenter noticed someone with a pretty questionable hair choice that’s right in front of the faux-Hammond. Let’s see if you find him.