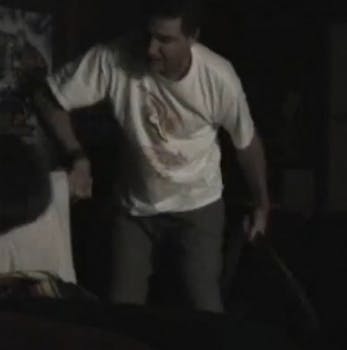 Judge William Adams was reinstated by the Texas Supreme Court, but he will be prohibited from hearing child abuse cases.

A Texas judge who was suspended after online footage surfaced of him savagely beating his teenage daughter has been reinstated by the Supreme Court.

Last November, Judge William Adams attained Internet infamy when his daughter, Hillary, posted a graphic video of the beating to YouTube. It showed the Adams striking with a belt for online downloading. What made the graphic video especially disturbing was the fact that Hillary was born with ataxic cerebral palsy.

Hillary had recorded the video in secret when she was 16, but she told CNN she waited to publish it until she’d moved away from home—and out of her father’s reach. Adams was suspended from the bench a few weeks later.

Last year in an informal Q&A, the now 24-year-old disabled woman told supporters that she was confident her father’s career was over.

“Even if he keeps his job, people won’t ever take him seriously again,” she said at the time. “If I were him, I would probably just retire.”

Upon hearing the news of his reinstatement on Tuesday, Hillary tweeted she was “embarrassed to live in Texas.” Further tweets reveal the young woman believes her father needs help.

Although Judge Adams will be resuming his duties in Aransas County, he still will be prohibited from hearing child abuse cases.

According to Agency Commissioner Howard Baldwin, the department doesn’t believe Adams has shown he can serve in the best interests of children and parents.