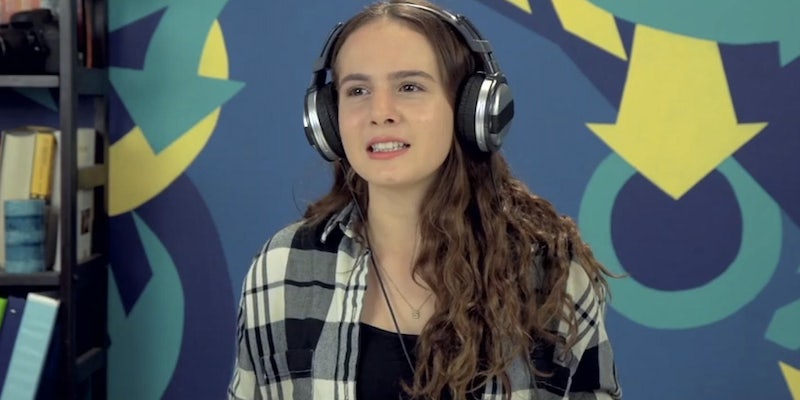 Teens react to classic ’90s jams while you feel ancient

Thanks to the Fine Bros., feeling ancient has never been easier. This time, the YouTube duo ditched the classic ’90s toys and took a turn quizzing teens about famous tracks from a decade when most of them were barely alive.

The brothers start out easy, or so they think, by playing Ace of Bass’s 1993 classic, “The Sign.” Thanks to Pitch Perfect‘s cover, many of these youngsters can hum along, but when it comes time to name the artist, they’re left clueless. “My sisters played it, and they’re, like, really old. Like 20s… 25,” one girl says.

From Green Day’s “Basket Case” to Coolio’s “Gangasta’s Paradise,” the teens are left stumped in quick succession. But just when you’ve give up hope in the future generation comes a flicker of light. Though many of them were barely months old when the track was released, they manage to sing along to Backstreet Boys’ “I Want It That Way.”