Even the best fall down sometimes.

Beware the danger of free tacos. They will get you too turnt up on excitement and leave you collapsed on the ground, writhing with pain.

One dude learned this the hard way. While having a dance party celebrating his free taco, it appears that he stepped backward onto his skateboard, which then skidded underfoot and sent him crashing into the pavement.

Look at this tragic moment, right before the taco is released into the wild. 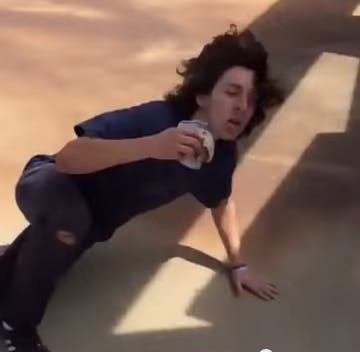 It’s a pretty nasty fall, and we hope he’s OK.

As for the taco? You’d think from such a flop it’d be ruined. But it appears that the taco might be one of those Doritos Locos Tacos from Taco Bell that comes in a paper container as well as a wrapper. The paper casing seems to have safely nestled the delectable treat. 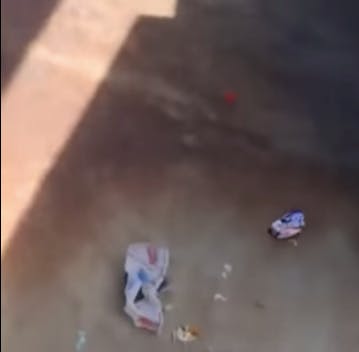 Hey kid, let us know if you want to taco ’bout your feelings after that taco wreck.