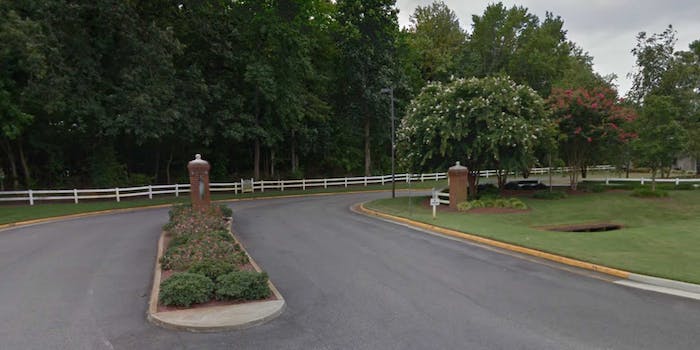 More and more men kept showing up at the woman’s house on sleepy Lasalle Drive, and she had no idea why.

If you’re going to invite folks over for group sex via Craigslist, you may want to get the address right. A 17-year-old in Virginia Beach, Va., is facing misdemeanor charges for using someone else’s.

The incident goes back a Friday in May when another Virginia Beach resident had a stranger show up on her doorstep, mentioning a Craigslist ad. What could have seemed an honest mistake at first quickly morphed into a disturbing trend—more and more men kept showing up at the woman’s house on sleepy Lasalle Drive, and she had no idea why.

One neighbor, Mark Choing, seemed determined to get to the bottom of the matter, as Wavy.com reported:

“I actually saw a gentleman over here that is not from the area, and he kind of figured he wasn’t supposed to be here, so he stopped in his tracks and started walking the other way,” Choing said.

Neighbors cornered one of the men and asked what he was doing.

“He said somebody had posted something on Craigslist about something happening at this lady’s house,” Choing added. “I guess sexual things or whatever.”

It’s the “or whatever” that’s especially worrying.

Two months later, police had traced the original ad to another home, also on Lasalle Drive, a looped residential road you can’t even access on Google Street View. The teenage author was charged with harassment by computer, though it remains unclear why he chose to target this particular neighbor, who was terrified by the incident.

In fact, the men who responded to the ad probably should have known better. Rare is the online solicitation of sex that reveals the venue upfront. Pure skepticism dictates that you ought to at least correspond with the advertiser—if only to confirm that neither of you are murderers—before that information comes out.

Apparently, some guys just get too excited to do their due diligence. Even if the group sex had occurred, it would have been an awfully dude-heavy affair.

But buyer beware: if something sounds too good to be true, it’s probably a kid messing with you.