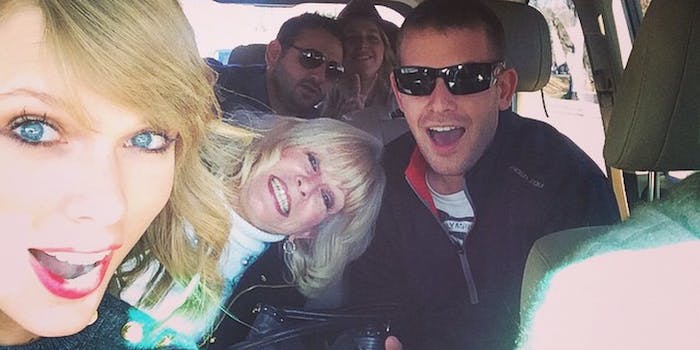 No droning in the house!

We all know about practicing fireworks safety for the Fourth of July, but Taylor Swift has a new holiday-related safety PSA: No droning in the house.

The pop star took to Instagram earlier to share a quick clip of her family’s Thanksgiving Day shenanigans, which apparently involve piloting drones around the dinner table. And by “piloting,” we mean “terrorizing relatives.”

For you non-Swifties out there, Austin is Taylor’s 22-year-old brother— the one piloting the cute little drone, and the one who’ll be paying for all the broken windows in the near future.

Earlier Swift Instagrammed a picture of a packed car full of relatives, noting that she was thankful for all her cousins.