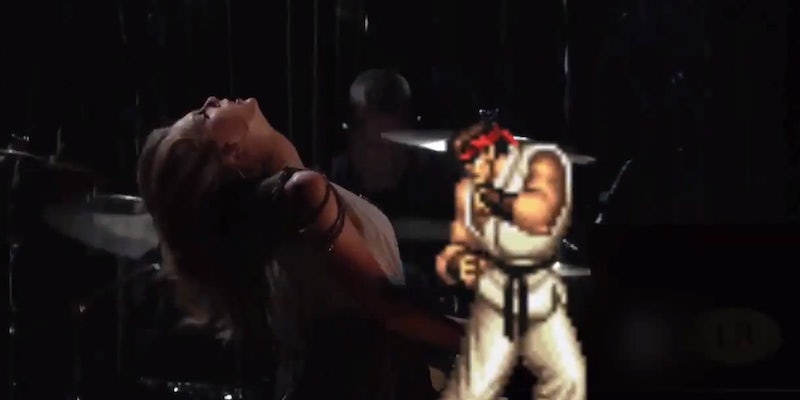 Taylor Swift didn’t win a Grammy, but she survived this ‘Street Fighter’ attack

She knew Ryu was trouble when he walked in.

Taylor Swift just might be the MVP of the Grammys.

She might not have won any awards on music’s big night—nor was she part of the night’s most talked-about performances—but she was the only artist who got attacked while on stage.

She started to whip her head back and forth in the middle of performing the ballad “All Too Well,” and while some thought it might have been an odd creative choice, it was actually the result of receiving multiple kicks in the face from Street Fighter’s Ryu.

That explains so much.

But Swift, ever the composed professional, didn’t lose a note or beat through the string of kicks. Ryu, unable to K.O. the singer, eventually gave up in shame and let her finish the song.

Who needs a Grammy, anyway? Let’s see Daft Punk try to survive an encounter with a martial arts legend.