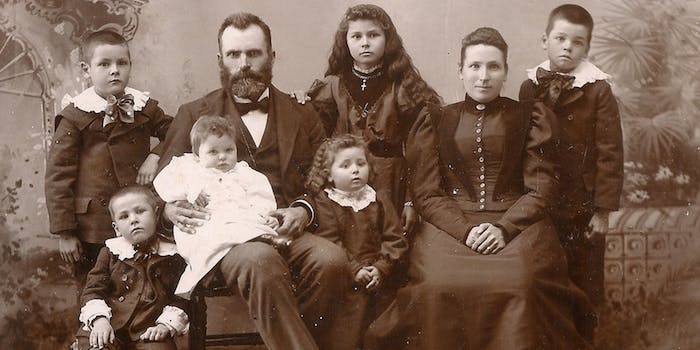 #BlackLivesMatter is helping further the conversation, but we have a lot of work to do.

I am white. I have spent years studying what it means to be white in a society that proclaims race meaningless, yet is deeply divided by race. This is what I have learned: Any white person living in the United States will develop opinions about race simply by swimming in the water of our culture. But mainstream sources—like schools, textbooks, and the media—don’t provide us with the multiple perspectives we need.

Yes, we will develop strong, emotionally laden opinions, but they will not be informed opinions. Our socialization renders us racially illiterate. When you add a lack of humility to that illiteracy (because we don’t know what we don’t know), you get the breakdown we so often see when trying to engage white people in meaningful conversations about race.

Mainstream dictionary definitions reduce racism to individual racial prejudice and the intentional actions that result. The people that commit these intentional acts are deemed bad, and those that don’t are good. If we are against racism and unaware of committing racist acts, we can’t be racist; racism and being a good person have become mutually exclusive. But this definition does little to explain how racial hierarchies are consistently reproduced.

While individual whites may be against racism, they still benefit from the distribution of resources controlled by their group.

Social scientists understand racism as a multi-dimensional and highly adaptive system—a system that ensures an unequal distribution of resources between racial groups. Because whites built and dominate all significant institutions (often at the expense of and on the uncompensated labor of other groups), their interests are embedded in the foundation of U.S. society.

While individual whites may be against racism, they still benefit from the distribution of resources controlled by their group. Yes, an individual person of color can sit at the tables of power, but the overwhelming majority of decision-makers will be white. Yes, white people can have problems and face barriers, but systematic racism won’t be one of them. This distinction—between individual prejudice and a system of unequal institutionalized racial power—is fundamental. One cannot understand how racism functions in the U.S. today if one ignores group power relations.

This systemic and institutional control allows those of us who are white in North America to live in a social environment that protects and insulates us from race-based stress. We have organized society to reproduce and reinforce our racial interests and perspectives. Further, we are centered in all matters deemed normal, universal, benign, neutral and good. Thus, we move through a wholly racialized world with an unracialized identity (e.g., white people can represent all of humanity, people of color can only represent their racial selves).

Challenges to this identity become highly stressful and even intolerable. The following are examples of the kinds of challenges that trigger racial stress for white people:

White people can have problems and face barriers, but systematic racism won’t be one of them.

Not often encountering these challenges, we withdraw, defend, cry, argue, minimize, ignore, and in other ways push back to regain our racial position and equilibrium. I term that push back white fragility.

This concept came out of my ongoing experience leading discussions on race, racism, white privilege, and white supremacy with primarily white audiences. It became clear over time that white people have extremely low thresholds for enduring any discomfort associated with challenges to our racial worldviews.

We can manage the first round of challenge by ending the discussion through platitudes—usually something that starts with:

2) “Race doesn’t really have any meaning to me.”

Scratch any further on that surface, however, and we fall apart.

It became clear over time that white people have extremely low thresholds for enduring any discomfort associated with challenges to our racial worldviews.

White people have extremely low thresholds for enduring any discomfort associated with challenges to our racial worldviews.

Socialized into a deeply internalized sense of superiority and entitlement that we are either not consciously aware of or can never admit to ourselves, we become highly fragile in conversations about race. We experience a challenge to our racial worldview as a challenge to our very identities as good, moral people. It also challenges our sense of rightful place in the hierarchy. Thus, we perceive any attempt to connect us to the system of racism as a very unsettling and unfair moral offense.

The following patterns make it difficult for white people to understand racism as a system and lead to the dynamics of white fragility. While they do not apply to every white person, they are well-documented overall:

Most whites live, grow, play, learn, love, work, and die primarily in social and geographic racial segregation. However, our society does not teach us to see this as a loss. Pause for a moment and consider the magnitude of this message: We lose nothing of value by having no cross-racial relationships. In fact, the whiter our schools and neighborhoods are, the more likely they are to be seen as “good.”

The implicit message is that there is no inherent value in the presence or perspectives of people of color. This is an example of the relentless messages of white superiority that circulate all around us, shaping our identities and worldviews.

Although racism does of course occur in individual acts, these acts are part of a larger system that we all participate in. The focus on individual incidences prevents the analysis that is necessary in order to challenge this larger system. The good/bad binary is the fundamental misunderstanding driving white defensiveness about being connected to racism. We simply do not understand how socialization and implicit bias work.

Whites are taught to see themselves as individuals, rather than as part of a racial group. Individualism enables us to deny that racism is structured into the fabric of society. This erases our history and hides the way in which wealth has accumulated over generations and benefits us, as a group, today. It also allows us to distance ourselves from the history and actions of our group. Thus, we get very irate when we are “accused” of racism, because as individuals, we are “different” from other white people and expect to be seen as such; we find intolerable any suggestion that our behavior or perspectives are typical of our group as a whole.

In fact, the whiter our schools and neighborhoods are, the more likely they are to be seen as “good.” The implicit message is that there is no inherent value in the presence or perspectives of people of color.

In the dominant position, whites are almost always racially comfortable and, thus, have developed unchallenged expectations to remain so. We have not had to build tolerance for racial discomfort and, thus, when racial discomfort arises, whites typically respond as if something is “wrong” and blame the person or event that triggered the discomfort (usually a person of color).

This blame results in a socially-sanctioned array of responses towards the perceived source of the discomfort, including: penalization, retaliation, isolation, and refusal to continue engagement. Since racism is necessarily uncomfortable in that it is oppressive, white insistence on racial comfort guarantees racism will not be faced except in the most superficial of ways.

Most whites have a very limited understanding of racism because we have not been trained to think in complex ways about it and because it benefits white dominance not to do so. However, we have no reluctance about debating the knowledge of people who have thought complexly about race. Whites generally feel free to dismiss these informed perspectives rather than have the humility to acknowledge that they are unfamiliar, reflect on them further, or seek more information.

White people enjoy a deeply internalized, largely unconscious sense of racial belonging in U.S. society. In virtually any situation or image deemed valuable in dominant society, whites belong. The interruption of racial belonging is rare and, thus, destabilizing and frightening to whites and usually avoided.

Because race is constructed as residing in people of color, whites don’t bear the social burden of race. We move easily through our society without a sense of ourselves as racialized. Race is for people of color to think about—it is what happens to “them”—and they can bring it up if it is an issue for them; although if they do, we can dismiss it as a personal problem, the race card, or the reason for their problems. This allows whites much more psychological energy to devote to other issues and prevents us from developing the stamina to sustain attention on an issue as charged and uncomfortable as race.

Because race is constructed as residing in people of color, whites don’t bear the social burden of race. We move easily through our society without a sense of ourselves as racialized.

Constant messages that we are more valuable

Living in a white dominant context, we receive constant messages that we are better and more important than people of color. For example: Our centrality in history textbooks, historical representations and perspectives; our centrality in media and advertising; our teachers role-models, heroes and heroines; everyday discourse on “good” neighborhoods and schools and who is in them; popular TV shows centered around friendship circles that are all white; religious iconography that depicts God, Adam and Eve, and other key figures as white.

While one may explicitly reject the notion that one is inherently better than another, one cannot avoid internalizing the message of white superiority, as it is ubiquitous in mainstream culture.

These privileges and the white fragility that results prevent us from listening to or comprehending the perspectives of people of color and bridging cross-racial divides. The antidote to white fragility is ongoing and life-long, and includes sustained engagement, humility, and education. We can begin by:

“Getting it” when it comes to race and racism challenges our very identities as good white people. It’s an ongoing and often painful process of seeking to uncover our socialization at its very roots. It asks us to rebuild this identity in new and often uncomfortable ways. But I can testify that it is also the most exciting, powerful, intellectually stimulating, and emotionally fulfilling journey I have ever undertaken. It has impacted every aspect of my life—personal and professional.

I have a much deeper and more complex understanding of how society works. I can challenge much more racism in my daily life, and I have developed cherished and fulfilling cross-racial friendships I did not have before.

I do not expect racism to end in my lifetime, and I know that I continue to have problematic racist patterns and perspectives. Yet, I am also confident that I do less harm to people of color than I used to. This is not a minor point of growth, for it impacts my lived experience and that of the people of color who interact with me. If you are white, I urge you to take the first step: Let go of your racial certitude and reach for humility.

This article was originally featured on the Good Men Project and republished with permission.

Dr. Robin DiAngelo received her PhD from the University of Washington in Seattle in 2004 and currently serves as Director of Equity for Senior Services, Seattle/King County. She is also the author of What Does It Mean to Be White?: Developing Racial Literacy.