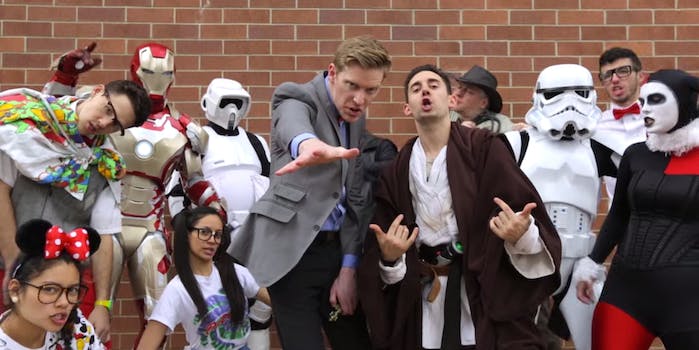 The geeks shall inherit the earth. But first, they're taking over your pop songs.

The geeks shall inherit the earth, but first, they’re taking over your pop songs.

It’s a fresh and clever twist on a song that’s probably getting a little too much radio play, and it comes complete with enough costume changes to impress most if not all of your nerd friends. (Someone’s always going to be persnickety about Picard’s uniform.) And, like the original, it’s catchy enough that you might end up humming the tune even more now.

They’re just hoping that you speak their language.