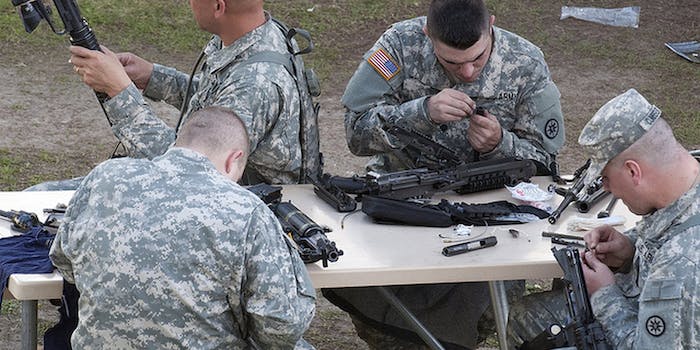 Fake Facebook accounts are being used for more than just inflating likes.

An Australian government review of social media and defense, completed in March, revealed that the Taliban is using fake Facebook profiles to obtain intelligence from unsuspecting military personnel.

According to the report, one strategy employed by the terrorist organization is to pose as “attractive women” and friend deployed soldiers. Once friended, Taliban members can track the whereabouts of those soldiers thanks to Facebook’s geotagging features.

“Most did not recognise that people using fake profiles perhaps masquerading as school friends, could capture information and movements,” the report states. “Few consider the possibilities of data mining and how patterns of behaviour can be identified over time.”

The review also claims that family and friends can put military missions at risk by sharing confidential data via social media.

Australia’s Department of Defense said that it’s currently working on putting together a social media guide for soldiers heading into combat. However, these new guidelines will not be ready until Christmas 2012. The review recommends that soldiers do not share personal data like name, rank, and location via any social media platform.

The enemy using information obtained from social media is not entirely new. Earlier this year, the U.S. Army acknowledged that a 2007 attack that destroyed 4 U.S. Apache helicopters in Iraq was made possible by location data in photos shared by soldiers.