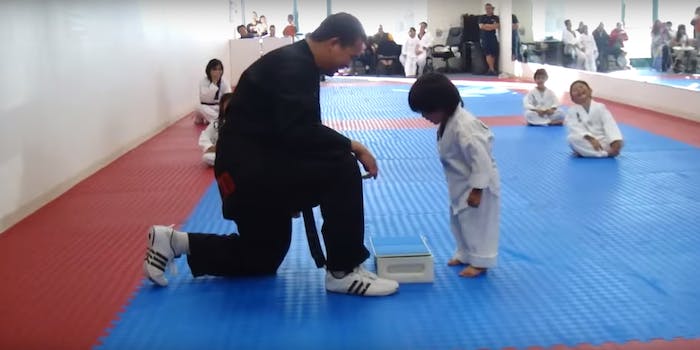 Okay, this has to be the most adorable martial-arts lesson of all time.

The world’s tiniest and most adorable martial arts student just melted our hearts.

This toddler is very serious about taekwondo and really wants to kick a board in half like the badass he is. But since he’s about three years old, it takes a while.

We love how patient the taekwondo teacher is with his student. He’s clearly used to very young children playing around in class, and he makes sure this kid gets the round of applause he deserves when he finally breaks that board in half.