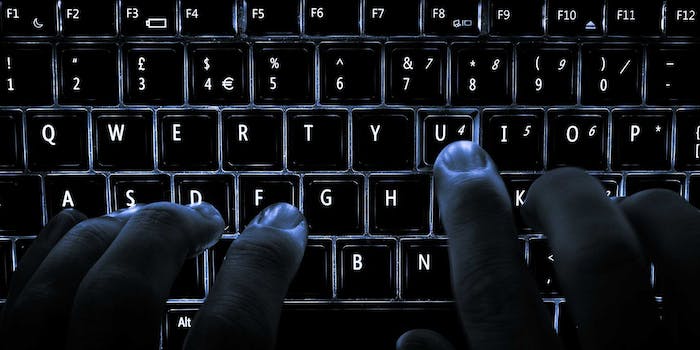 France wants what the NSA is having.

In the wake of last week’s horrific violence in Paris, a new law may grant the country’s government sweeping powers of surveillance, including the authority to ban any website or social media account it sees fit. The “state of emergency” bill awaits a vote on Friday from the French legislature’s upper house, and if passed, the state “will be able to block websites and social media accounts for up to three months,” according to a Wired report.

The measure is actually an extension of an earlier bill that went into effect this July. Following the terrorist attack on the French satirical magazine Charlie Hebdo, in which 11 people were killed and 11 others injured, France passed a bill allowing the government to spy on citizens suspected of terrorist involvement, including listening in on phone calls and reading emails. The bill was strikingly similar to the National Security Agency’s controversial metadata program, allowing for bulk collection on millions of Americans. A website claiming affiliation with Anonymous called France’s version of bulk data collection program “one of the harshest and most intrusive surveillance laws in the entirety of Europe.”

But in bringing U.S. surveillance to L’Hexagone, the French are going to import the same unfortunate lesson: Mass surveillance doesn’t stop terrorism. Although France’s surveillance program helped lead to crucial arrests following the coordinated attacks on Nov. 13 that left 130 dead, that success may prove an outlier. If one of the most controversial metadata programs was unable to stop terrorism on French soil, extending those powers to engage in even more surveillance is unlikely to fix the problem.

This is exactly what the American government learned following the passage of the USA PATRIOT Act. Signed into law on Oct. 26, 2001, by then-President George W. Bush, the former Texas governor argued that the bill would “enhance the penalties that will fall on terrorists or anyone who helps them.” And in defense of the program, which gave the government unprecedented authority to bypass civil liberties after the Sept. 11 attack, Sens. Mitch McConnell (R-Ky.) and Marco Rubio (R-Fla.) have called it “vital” to stopping future terrorist activity.

Those statements would suggest that the Patriot Act, as the bill is popularly known, has been effective at preventing attacks. It hasn’t. According to the Washington Times, “between 2004 and 2009, the Federal Bureau of Investigations tripled its use of bulk collection under Section 215 of the Patriot Act, which allows government agents to compel businesses to turn over records and documents, and increasingly scooped up records of Americans who had no ties to official terrorism investigations.” But despite turning FBI surveillance up to 11, not a single attempt was thwarted by investigators.

The New York Police Department likewise discovered that listening in on potential terrorists doesn’t stop actual attackers. Since the mid-2000s, the NYPD has carried out a program that surveilled local religious centers, businesses, and citizens the department viewed as possible threats—including over 250 mosques in the area. But all of that work—and taxpayer money—elicited almost no actionable information. During a July 2012 deposition, NYPD Assistant Chief Thomas Galati went on the record as saying, “I never made a lead from rhetoric that came from a Demographics [Unit] report, and I’m here since 2006.” In fact, the NYPD’s Demographics Unit was disbanded last year.

If both the NYPD and the federal government found these methods to be ineffective, Edward Snowden thinks there’s a reason why. Snowden, who worked as a contractor for the NSA before leaking details of its then-secret metadata program to the Guardian in 2013, argued in a televised interview with Dutch journalist Eelco Bosch van Rosenthal that “the problem with mass surveillance is that you’re burying people under too much data.”

This is exactly what Bill Binney, a former senior official in the NSA, likewise claimed. If “monitoring the phone calls of everyone in the United States,” as Snowden put it, hasn’t stopped deadly attacks like the 2012 Boston Marathon bombing or the July shooting in Lafayette, Louisiana—in which John Russell Houser opened fire on a movie theater—it’s precisely because they’re listening in on everyone. Binney called it “data bulk failure,” saying that the issue has plagued the federal government even before the metadata program: “This is the same problem NSA had before 9/11. They had data that could have prevented 9/11 but did not know they had it in their databases.”

Continuing to expand ineffectual programs won’t fix our bulk data problem. Instead of more unilateral executive authority, what Paris needs is better, more efficient intelligence equipped with strong oversight to ensure the protection of human rights. As University of East Anglia law professor Paul Bernal argued in the New York Times, our national security needs to become more “human-led.” “We need to build trust rather than build fear,” he said.

The problem has never been that our governments don’t have enough information. It’s that the way we use it lacks intelligence of its own.