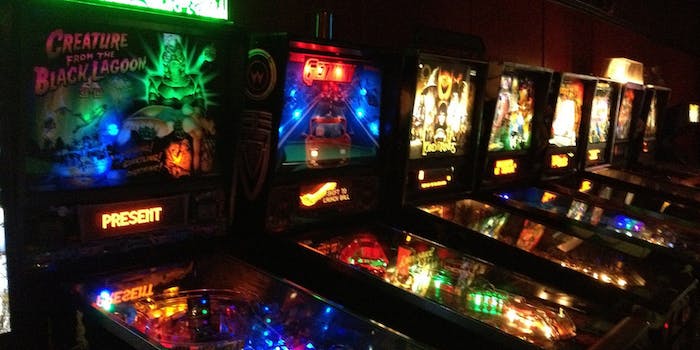 This gives a whole new meaning to "pinball wizard."

Reddit user LilMul123 was playing pinball at the Michigan Pinball Expo in Rochester, MI when his pinball got stuck between a bumper and a kicker.


There it remained, bouncing back and forth ceaselessly—now captured on video.

The thing about pinball is that it’s the kind of game you can’t win: You can’t beat the game, you can only beat the previous high score. It’s a sick concept, when you really think about it.

“Didn’t get the high score because bumpers are actually worth a lot less than the other features of the game,” LilMul123 wrote. “I think by the time it was done bouncing, I was at 200,000 points, and the high score was about 350,000 points.”

Because you can’t beat a game like this (and if you can’t beat it, is it really a game at all?) it follows that there is no real way to cheat while you’re playing it. The only rule is that you cannot “tilt” the table; if you do, the whole thing shuts down.

But then something like this happens, breaking the game, and we are able to gaze upon its absurdity and either wonder or despair.

Photo via JesseRad/Flickr (CC BY 2.0)