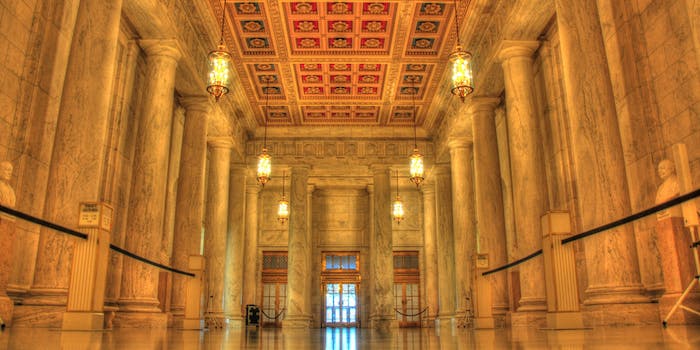 The Supreme Court has declined to pass judgement on a constitutional challenge to the National Security Agency’s controversial practice of tracking Americans’ phone records in bulk, the Associated Press reports.

So for now, at least, the first published program revealed by former NSA systems analyst Edward Snowden won’t get approved or shut down by the nation’s highest court.

The case stems from Tea Party activist and lawyer Larry Klayman, who in 2013 filed an ambitious suit about phone records collection against the NSA, Justice Department, and even President Obama. Tackling the case in December, District Court Judge Richard Leon ruled that there is a “substantial likelihood” that program is unconstitutional. Klayman then took the unusual step of trying to skip the court of appeals, which would ordinarily be next in line to hear the case, arguing that since the collection had been secretly going on for years, and was “of such imperative public importance,” the Supreme Court should go ahead and grab it.

Though the Supreme Court could certainly grab it again if it passes a court of appeals, there’s a good chance it won’t come to that. The White House recently pledged to end the program, though it remains to be seen if its death will come by way of the privacy advocate-approved USA Freedom Act or the End Bulk Collection Act of 2014, which critics say would sneakily expand the NSA’s authority. Besides, as Ars Technica notes, Section 215 of the Patriot Act, which authorizes phone data collection, is due to expire in June 2015.