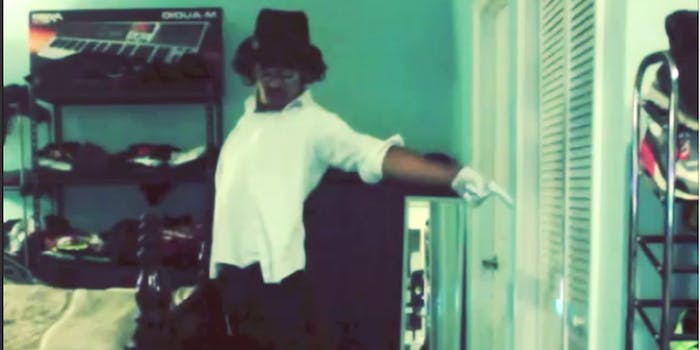 This guy has mastered the art of the "Super Selfie."

Gabriel Valenciano has mastered the art of the so-called “Super Selfie.”

Working within the 16-second confines of Instagram Video, the dude slices up and crams an entire music video’s worth of choreography into a dizzying supercut of hilarious dance moves. He seriously averages roughly 1.2 genuinely WTF moments per second in the clips, released under the hashtag, #SuperSelfieSaturday.

There’s plenty more where that came from. Valenciano has not one but two tributes to The Dark Knight. Like all of his videos, it ends with his shirt off.

To complete his America’s Got Talent audition tape, here’s his obligatory dubstep video:

Scrolling through his account, Valenciano is equally talented in a music studio and on a basketball court. But he’s a maniac on the dancin’ floor.