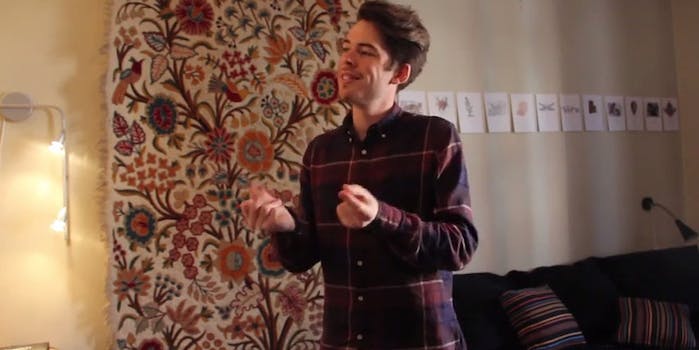 For the longest time, pretty much the only popular song to incorporate nothing but snapping fingers was the theme music to The Addams Family. Now, young Emil Axelsson is looking to broaden the genre using every YouTube musician’s favorite cover song: the Super Mario Bros. theme.

We have heard the music to our favorite video game played on everything from ancient Chinese instruments to glasses of water (with frying pan accompaniment). Axelsson has now tackled it using his apparently invulnerable skeletal system.

Perhaps a lifetime of exercising those fingers on a video game controller worked out to a unique advantage here.

So far, Axelsson’s finger stylings have resulted in over 260,000 views. The fact that he appears to be flipping us off every second does little to detract from how impressive this feat is.

I can’t wait to see what he does with the Legend of Zelda theme next.