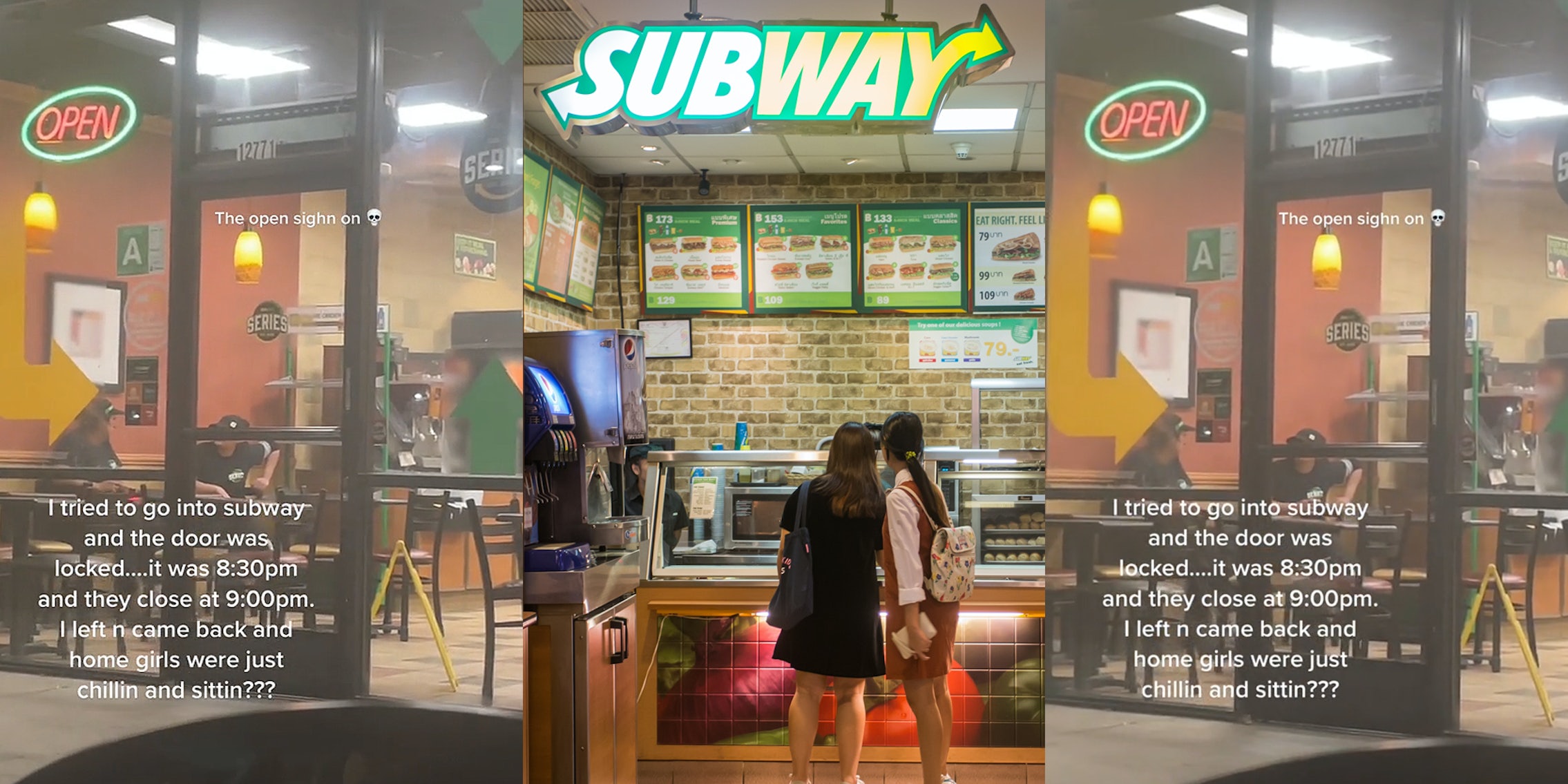 'Y'all don't understand the pain of Subway workers.'

It’s pretty frustrating when you show up to buy some food but the store is shut before the official closing time. But viewers are divided on whether this TikToker is right to be annoyed about Subway workers closing their store early.

In a TikTok that’s already been viewed more than 400,000 times, TikToker @_danimar._ set the scene. “Like I just wanted broccoli soup!!” reads the caption, showing a video shot from outside a Subway outlet. Through the window, you can see a couple of Subway workers sitting and chatting inside the otherwise-empty store.

TikTok loves customer service conundrums, so this post naturally inspired some debate in the comments section. Was @_danimar._ right to complain, or was she being needlessly unsympathetic toward the Subway workers?

“they’re probably understaffed. some places close early when theres barely anyone to close,” reads one of the top comments, with another commenter agreeing: “sometimes restaurants close early if they run outta items or lack of customers, my store would do that.”

“Lobby hours 95% of the time differ from store hours,” explained another. “You need time to clean it and get it over with. We’re open til 9 and close it at 7:30 you’ll live.”

In other words, customers don’t necessarily know the real explanation for seemingly simple problems behind the counter. There are plenty of reasons why this Subway outlet might have closed early, and while a few people sided with the original TikToker (“i love subway i’d be mad asf”) or straight-up criticized the Subway workers (“They just being lazy”), most people agreed there was probably a reasonable explanation for the store to close early.

As one commenter put it, “Y’all don’t understand the pain of subway workers.” As is often the case with TikToks complaining about seemingly “bad” customer service, this turned into a conversation about the difficulties and downsides of this kind of food service job. Basically, a customer failing to get a sandwich just before closing time is really not that big of a deal.

The Daily Dot has reached out to @_danimar._ via TikTok comment.