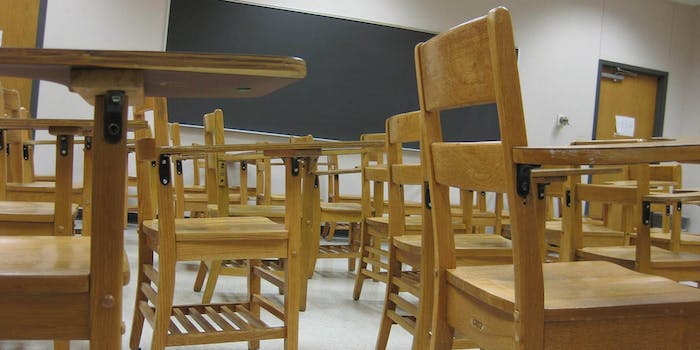 Teens: Hacking your teachers’ computers can get you expelled

A long time ago, students had to sneak into a teacher’s desk to change their grades. Not anymore.

A long time ago, students had to sneak into a teacher’s desk to change their grades. Now, students can simply hack into computers.

Eleven high school students in California were expelled after operating a keylogger on their teachers’ computer, the Los Angeles Times reports. The keylogger recorded every keystroke the teachers made, including username and passwords for the school’s grading systems. Using that sensitive information, the students began changing grades and accessing exams last year.

According to the affidavit obtained by the Times, the investigation began last June, after a teacher informed higher-ups that someone may have accessed her account. No charges have been filed at this point.

The students, from Corona del Mar High School, were allegedly led by a 28-year-old tutor named Timothy Lance Lai. He worked with around 150 students. Officers searched his home in December, shortly after authorities started their investigation. He hasn’t been seen since.

The Times reports that the district is now auditing 52,000 other student grades to ensure their integrity.