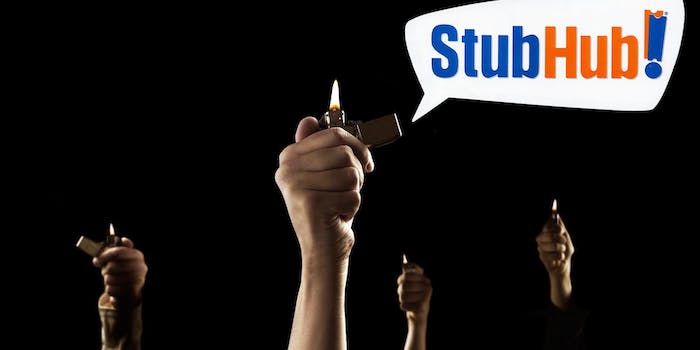 StubHub described the hackers as a “pretty intense network of cyber fraudsters working in concert with each other.”

The concert and ballgame ticket resale website StubHub has admitted to a massive security breach.

Hackers reportedly gained access to more than 1,000 accounts and used the accounts to make fraudulent purchases.

Manhattan District Attorney Cyrus Vance Jr. is expected to hold a press conference to provide further details on Wednesday, but news of the hack leaked out late Tuesday.

Glenn Lehrman, StubHub’s head of global communications, confirmed the hack to Reuters and said that the company has been working with law enforcement agencies from around the world to track down the culprits. Lehrman also said that the hackers somehow obtained the login credentials from a third-party sites as opposed to StubHub itself.

While Lehrman didn’t provide details about the scope of the security breach, he described it as a “pretty intense network of cyber fraudsters working in concert with each other.”

In addition to the Manhattan DA, representatives from Royal Canadian Mounted Police, the City of London Police, and the U.S. Secret Service are expected at Wednesday’s press conference.

Photo by John Fischer/Flickr (CC By 2.0)