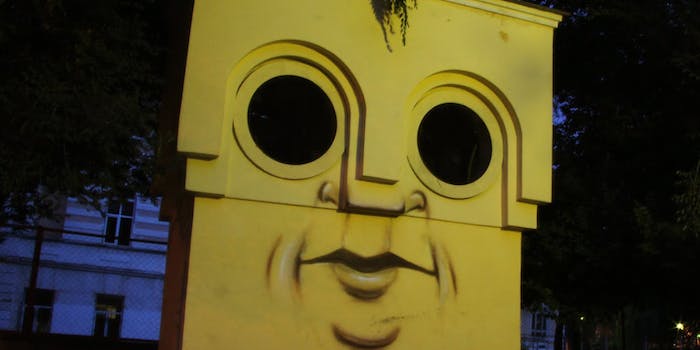 That’s because Nomerz lives in a state of perpetual pareidolia, the psychological phenomenon where people think they see something where there is nothing to see—in this case, faces. For example, in the Russian city of Yekaterinburg, Nomerz used paint to transform a brick bridge into a haunting face, with its arch being used as a toothy smile.

“I started in school with classic hip hop graffiti but became more interested in street art and began all sorts of experiments,” Nomerz told the Telegraph regarding his street art series called “The Living Wall.”  “Now basically I like to play with space and objects. I am inspired by the place itself. I love watching the city and finding an interesting point. Usually I do not spend so much time to create one work, sometimes less than an hour. But it all depends on the size of the object and my ideas.”

Aside from painting bridges, Nomerz has transformed water towers, random brick walls, and piles of wood into portraits. 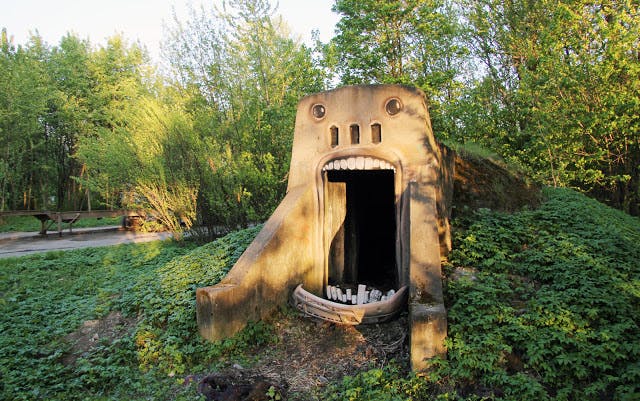 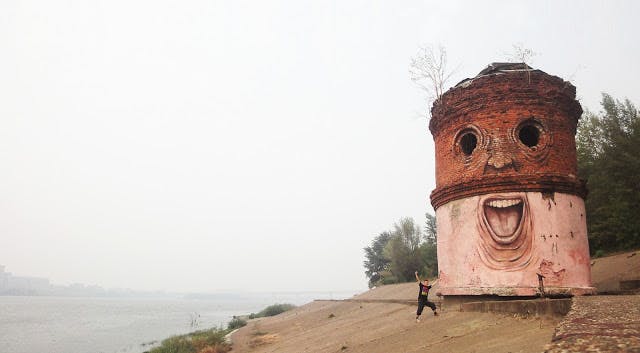 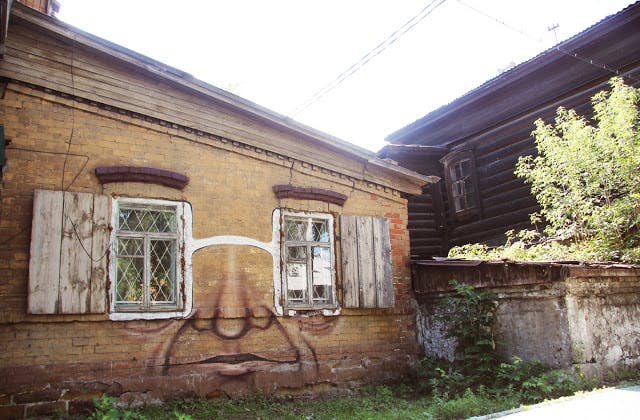 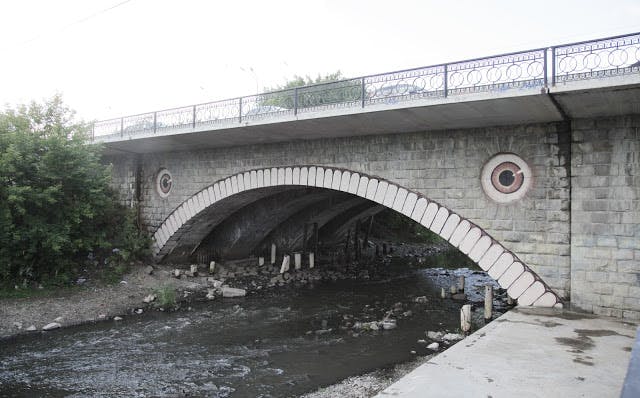 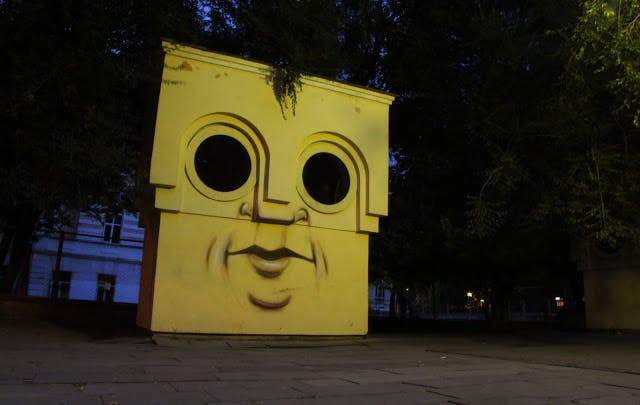 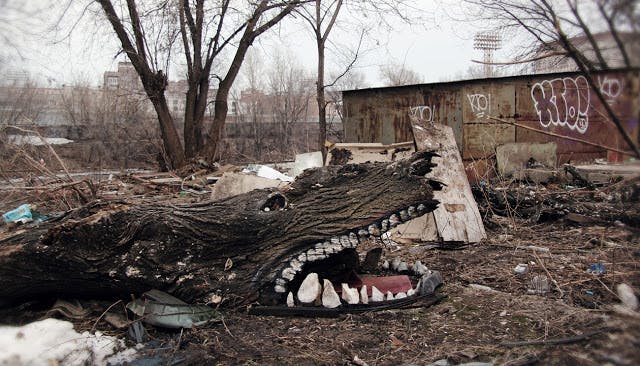 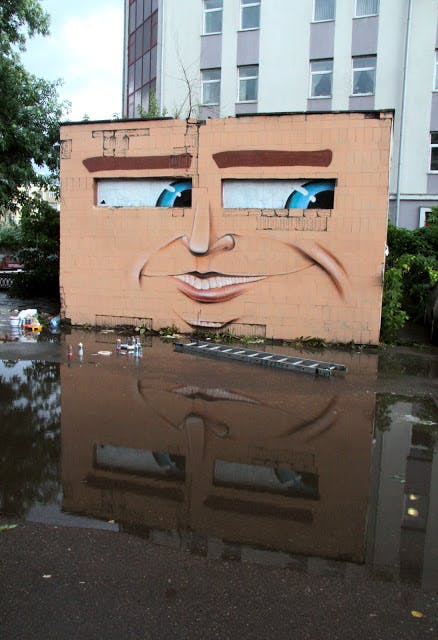