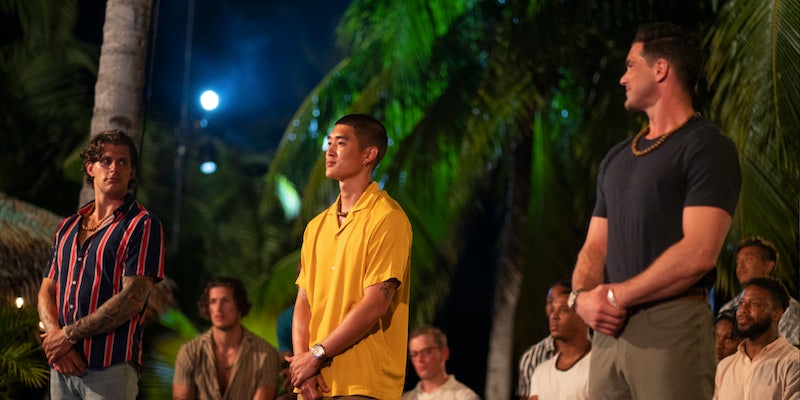 This week in streaming: ‘FBoy Island’ and ‘What If…?’

Plus: 'The Suicide Squad' review and anti-vaxxers misinterpret 'I Am Legend.'

It’s fuckboys all the way down

Netflix’s recent dating shows have been pretty mindless. The Bachelor and Love Island are too formulaic. I went into the HBO Max series FBoy Island with no thoughts, head empty. I came out ravenous for more FBoy Island, which is not a 30 Rock bit.

Comedian Nikki Glaser is the in-person host, something pandemic-era dating shows have been largely missing, and the premise is fairly simple: There are 24 men pursuing three women, and they’ve self-identified as either “fboys” or “nice guys.”

Yes, they say “fboy” throughout. Why can’t you say “fuckboy” on a channel where characters regularly get their asses eaten? Producer Elan Gale told Refinery 29 they use “fboy” so that they’re not saying “fuckboy” all the time and turning the series into a “mobster movie,” whatever that means. But there has been a trend of unnecessarily censored TV show titles recently.

FBoy Island is the dating series that comes closest to underrated parody Burning Love, a dizzying mixture of fuckboy theater (poetry, beach-inappropriate attire) and psychological thriller (the women searching through the guys’ Instagram profiles and missing a million red flags). You want to scream: “It’s all fuckboys! Get out of there!”

While the definition of a fuckboy has shifted and expanded over the years, the show has a promising sociological element: When eliminated, the fuckboys go to “Limbro,” a rehab of sorts where they’re cut off from the remaining contestants and must sit with Glaser, who becomes their therapist. She told Variety she’s trying to pitch fuckboy therapy as a “spinoff,” which I’d definitely watch.

I’m also fully prepared for the series (seven out of 10 episodes have aired already) to go the traditional route and release the fuckboys (and, possibly, fuckgirls) back into the wild.

Master the art of SEO and level up your business

Optimizing your content for the web is crucial if you want people searching for the product you offer to find it. Learn what SEO can do for you with this Introduction to SEO class on Skillshare.

SparkToro founder Rand Fishkin explains everything from how to do keyword research to how to optimize your content to perfection. Best of all, the class clocks in at a lean 90 minutes, leaving plenty of time in your day to get other things done.

Marvel’s What If…? delivers fun, bite-size detours from MCU canon

Marvel‘s What If…? is a refreshing change from recent MCU products, avoiding a key problem suffered by the live-action Disney+ shows. Since every What If..? episode is a standalone 30-minute story, it’s impossible for the plot to meander, or for the ending to feel like a letdown. This animated series provides simple, bite-size entertainment, with a satisfying format that allows fan-favorite characters to return in unexpected ways.

Each episode introduces a different branching timeline in the Marvel multiverse, beginning with a WWII story where Agent Peggy Carter took the supersoldier serum instead of Steve Rogers. Episode 2 is “What if T’Challa replaced Peter Quill in Guardians of the Galaxy?” (Chadwick Boseman’s final MCU role), while episode 3 reboots the Avengers team origin story. Featuring an all-star voice cast, the show feels like a “real” part of the MCU without having any impact on franchise continuity.

Superhero stories on-screen are having something of an existential crisis.

That’s not necessarily a bad thing: When you spend years watching characters kick, punch, blast, lasso, and manipulate their way past whatever villain is in their way this time, it’s eventually going to take a physical and emotional toll. In the hands of the right actor and creative team, it can lead to rich storytelling, but more often than not, themes like grief and trauma have instead lent themselves to lazy shorthand.

James Gunn’s The Suicide Squad doesn’t try to adhere to that trend, nor does it pretend to be anything it’s not. It throws too many cooks into the kitchen and sits back to watch how many of them can kill each other. While it lags in the middle and some of its emotional beats don’t work, the results are absurdly fun, stylish, and violent. The Suicide Squad might not reinvent the wheel when it comes to superhero movies, but it’s one of the more entertaining films you’ll see this summer.

Anti-vaxxers have apparently been (willfully?) misremembering the plot of I Am Legend (streaming on HBO Max) to push their vaccine fears, prompting one of the film’s screenwriters to remind people “It’s a movie.”

Now Playing: “There Are Birds” by The Ruby Suns