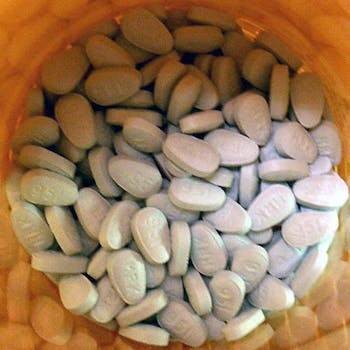 Here’s what happens when you mix Reddit and Ambien

Have your curtains ever laughed at you right before you fell asleep?

That’s just one of the many questionable queries posted on r/ambien, a section of social news site Reddit names for the prescription drug commonly used to treat insomnia. For some people, the drug also induces hallucinations and abnormal behavior, leaving the affected parties with a confusing crime scene once they wake up from their refreshing sleep.

Since r/ambien’s first post on June 22, 2011, it has grown to over 700 subscribers. Moderators miserlou and eskimozach were inspired to activate the subreddit after being on the drug themselves.

“I was prescribed Ambien briefly for insomnia I had during college,” miserlou told the Daily Dot.

“As my roommates can attest, it sometimes led to some rather erratic thoughts and behavior. Apparently while on Ambien, I was incepted with the concept of ‘Phil,’ the name of the new gentleman caller of a roommate, neither of whom I knew particularly well. I awoke to find the word ‘Phil’ tagged on almost every surface of the apartment in indelible pen, thousands of times. Not a good feeling, and I didn’t get the security deposit back.

I was wondering if there was a place that people shared Ambien stories.”

Fellow moderator eskimozach’s experience, while different, nevertheless led him to the same desire to seek out a community. “In one post, I have drawings I did of my friends while on Ambien. I used a projector and drew on them using MS paint and projecting the colored light. It was very fun.

On the subreddit, Ambien’s hallucinogenic properties are commonly referred to as “the walrus,” named for a collection of Toothpaste For Dinner comics.

“It appears a little cult following has developed around him. I’m not sure if r/ambien contributed to that or not,” miserlou said.

Submissions to r/ambien are widely varied. Some users choose to write what they are experiencing while under the drug’s effects. Others post examples of what they have woken up to the next day. Still others come to the subreddit seeking genuine advice and information.

“One post [described how] a girl baked an entire pie and hid it from herself before bed,” eskimozach recalled.

“I think my favorite posts are the artistic ones,” miserlou added. “Ambien seems to bring out an artistic side in people, myself included. Usually this is expressed in the form of ‘scribbling on things.’ This one is also particularly fantastic.”

While finding the subreddit’s entries funny, both moderators strongly urge people not to abuse the drug and to use caution when taking it.

“Be careful, kids,” miserlou said. “Hide your phone and try to get some sleep. If you do stay up, draw some pictures and post them on r/ambien!”