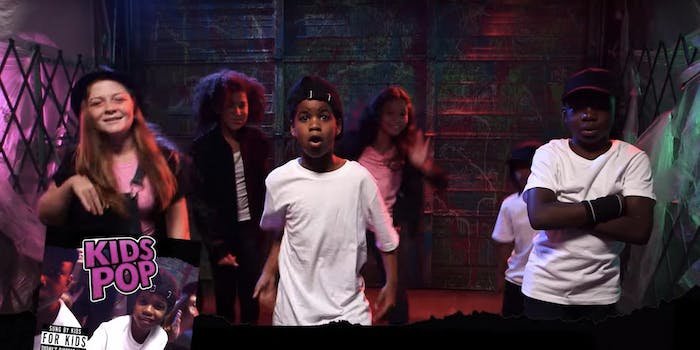 As N.W.A. famously rapped, “love the police.” Well, not exactly—but that’s how their lyrics are translated for the Kids Pop! edition of the hip-hop classic Straight Outta Compton, renown for its… adult themes.

In this spoof from SourceFedNERD, the iconic group behind classics such as “I’d Rather Fuck You” and “Fuck Tha Police” are made schoolyard-friendly with the sanitizing Kidz Bop treatment. That series of G-rated covers performed by children—with quite hilarious edits—are notorious on the Internet, which makes this parody even better.

From the opening number—delivered by a “silly mother lover named” Ice Cube—you can probably guess what you’re in for.

As cringeworthy as the news anchor turning the name N.W.A. into a weather joke? You tell us.