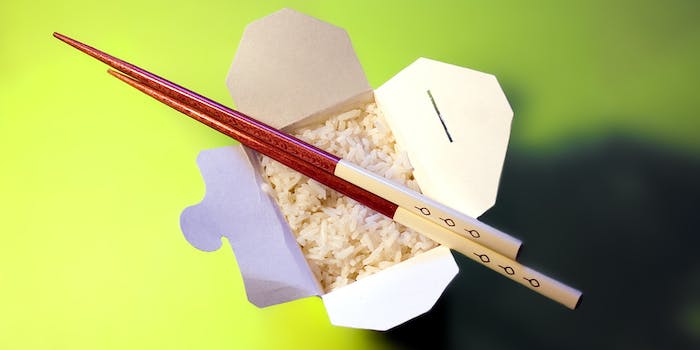 What the rise of Internet middlemen means for consumers

Make sure you know the true value of what you’re getting.

The economic beauty of the Internet is that the startup cost for businesses can be significantly lower. There is no longer a need to rent a storefront or fight for spots in stores, and it’s easier than ever to find and target new customers. Not to mention the fact that consumers can research products better than ever. The primary benefit of online business is that producers can more easily sell directly to the consumer, saving both sides money.

There are a number of companies that take advantage of this direct-to-customer opportunity. The setup is more “look at our product” than “look at our logo.”

Selling directly to the consumer is not a new idea. L.L. Bean has mailed catalogs to customers since 1912, and there’s a reason you can only buy Gap clothes from Gap (unless you include every Salvation Army). Newer brands, however, are forced to accept smaller margins in order to compete with larger corporations.

Everlane practices “radical transparency” and tells customers where everything is made and why everything costs what it does. Warby Parker charges only $95 for their prescription eyeglasses and can still afford to donate a pair to someone in need. GoLite is a company that operated for fourteen years selling their products in other chain stores before deciding to sell directly to its customers. Removing the middleman allowed GoLite to sell the same products at far lower costs while better controlling its own profit margin.

While there is a growing number of brands operating in the direct-to-consumer space (from pants to mattresses and even cars), the Internet has also enabled an economic monster: the middleman company. These, of course, already exist all over the country in brick-and-mortar locations and are sometimes necessary (see: grocery stores or pharmacies), but they oddly have flourished on the Internet—where finding a product’s source is so easy.

Best Made Company sells a half-gallon of maple syrup for $72. The company lists the source of the syrup, and after a quick Google search, you can find that same half-gallon on the farm’s website for $32.50.

Is the sleeker packaging and curatorial effort worth the 123 percent markup? Should the middleman be making more than the creator? Always consider the question: “Would I purchase this same product if it didn’t have the logo?”

There are websites that thrive without even rebranding products. Kaufmann Mercantile curates products, but you’ll notice they often hide logos in photos and don’t include brand names, so you can’t identify the original creator. You shouldn’t be paying 22 percent extra for a fancy beer growler just because someone else found it first. This brand is the essence of a middleman by charging higher prices for other company’s products. The only value it provides is curation.

Nowadays all one needs to create a successful brand on the Internet is a logo, a website, and a story. Stories give products weight and value and include terms like “American made” and “family farm,” which aim to give the consumer an impression that the product they sell is better than their competitors. Often these terms do add value, but it’s important to be careful when shopping. In an online shop, where customers can’t physically feel the products, stories are necessary for brands to sell you their merchandise.

In general, this can be okay. If you enjoy a brand’s product more because their message has reached you, all the better. But luxury brands have preyed on this weakness for years telling consumers, “You’ll look better and be better if you own something we sell.” Internet middlemen are exploiting this same deficiency by creating shell brands and filling them in with other people’s work.

Branding can be dangerous, but it’s a necessary human invention. As the Soviet Union discovered in the early 1900s, getting rid of brand names has severe consequences because people can no longer judge what has value before a purchase. On the other hand, branding creates economic waste because it’s easy for people to overspend in an advertisement-filled society.

Our reliance on branding is supported biologically. Psychologist Paul Bloom illustrates how the history behind products influences how we enjoy them. Bloom explains, “If you believe you’re drinking expensive stuff, parts of the brain associated with pleasure and reward light up like a Christmas tree.”

Consumers pay for stories as much as they do products. It’s the same reason people pay millions for original paintings and nothing for perfect forgeries and why people pay more than twice as much for Advil than for the identical generic ibuprofen pills. This biological reaction to knowledge applies to art, it applies to food, and it applies to branding. All we can do is be aware of it and know that companies are constantly trying to light your “Christmas tree” brain.

Middlemen are often better at providing a story than the producer and can therefore sell the products at an inflated price. They are masters of the story, but customers should take advantage of the fact that we live in a world where any story can be fact-checked in minutes.

In addition to costing the consumer more, middlemen can also hurt the businesses involved.

In December of 2013, Josh Steinman launched what would eventually become a successful Kickstarter for American-made dress socks called Penance Hall. Throughout the campaign, the company emphasized the fact that producing merino wool socks in America—which cost $30 a pair on their site—is an expensive process. They started receiving offers from a number of luxury product services including a men’s fashion subscription box service, like Birchbox, that offered to buy 10,000 pairs of socks for its subscribers at $2 per pair. Steinman replied, “That would be about one toe’s worth.”

If you’re ever wondering how a middleman is selling a product for the same price as the producer, it’s usually because the producer is making less.

Seamless and Grubhub make it easier to get food delivered, but they take a 13.5 percent cut from restaurants, which is significant considering the difficulties of running a food business.

Next time you want to order food online, consider if the middleman deserves the rate its receiving. If you’re ordering for a group or have a coupon or your favorite taco place doesn’t accept orders in English (like mine), then online ordering is a good solution. But does Seamless deserve a significant portion of a restaurant’s profit if you can just call in for the bento box?

Middlemen can be useful. Kickstarter and eBay are great examples for how companies should operate between buyers and sellers. Good middlemen provide a value that producers can’t provide, but consumers desire. There is no clear-cut rule regarding the worth of a middleman; sometimes it’s worth having your car valeted and other times you don’t mind the walk.

The ideal economic setup for the customer would be a company that owns a factory and sells directly to its consumer. This exists in several forms, but is rare. An informed buyer is a smart buyer, and getting information about products is easier than ever with the Internet, so you have no excuse to be swindled. Buy from the producer—and if you can’t, make sure you know the true value of what you’re getting.

Photo via scottjwaldron/Flickr (CC BY 2.0)