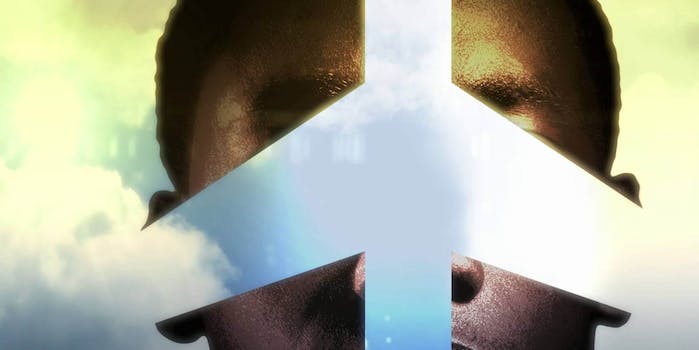 It's time for a full stop on cripface roles.

Two films this month are garnering a sudden rush of attention: Cake and Still Alice. Both are pretty naked instances of Oscarbait (though Cake missed the boat on that one, Still Alice managed an Oscar nod) via the ongoing problem of cripface and the tragedization of disability.

Julianne Moore and Jennifer Aniston have never publicly identified as disabled, let alone with early-onset Alzheimer’s or chronic pain, yet they were cast in disabled roles, in tearjerker films that send a particularly disturbing message about disability to audiences.

While no one is required to oblige their disability status, the issue becomes more complicated when people who appear nondisabled—or at least do not appear to share disabilities with the people they portray—are cast as disabled characters.

Our handling of disability in media and pop culture is already bizarrely twisted and distressing, and cripface adds to that, creating a completely artificial notion of what disability is like in the eyes of nondisabled viewers, readers, and listeners. Both Cake and Still Alice fall out along familiar lines, repeating troubled narratives about disability and reinforcing the idea that disabled actors aren’t available—or aren’t talented enough—to anchor Oscar vehicles.

You don’t win an Oscar for being a disabled actor playing a disabled character. You win an Academy Award for being a nondisabled actor digging deep to play a disabled character, like Daniel Day-Lewis in My Left Foot, and you get attention for your suffering in roles like Benedict Cumberbatch as Stephen Hawking in Hawking, which ran on the BBC in 2004 (a role reprised by similarly nondisabled Eddie Redmayne in The Theory of Everything).

Nondisabled actors taking on disabled roles get critical acclaim and attention while their talented disabled counterparts, for the most part, are ignored—actors like Marlee Matlin are the exception, not the rule, and as a member of the d/Deaf community, her relationship with disability is complicated. Not all d/Deaf people identify as disabled, for personal, political, and cultural reasons, viewing themselves as members of a shared culture.

Cake didn’t get the critical acclaim its creators might have hoped for. Critics routinely slammed it for being rote and predictable, a classic sign that the film was hoping to carry itself with the disability factor. The film documents the life of a woman with chronic pain who’s addicted to painkillers—something that might well put your hackles up if you live with chronic pain. And with good reason.

There are a lot of problems with how disability is handled in Cake. The character portrayed by Aniston is white (because in depictions of disability, only white people are disabled), and she comes from a privileged world. Her disability wrecked her life, but it was pretty solid before, and thanks to her relatively comfortable social position, she’s not being confronted with the thought of losing her home or being unable to afford medical care.

We don’t see an authentic representation of the day to day realities of living with chronic pain in a purely logistical sense, no matter how many awards the role may win.

But about the painkiller addiction thing.

Chronic pain is horribly treated in the U.S., and it’s more likely to affect women than men. This is not a coincidence, and the two things are closely linked. As a medical issue, chronic pain is extremely complicated, and patients struggle to find pain control that works for them—all while being treated as drug seekers, ordered to ration their medications, and accused of lying about their pain.

The best way to control chronic pain is to provide patients with the medications they need so they can take those medications. To break down stigma so that patients take their medications before they experience bursts of pain—because once the onset of pain occurs, patients have to wait 20 minutes or more for medication to be effective. Poorly controlled pain isn’t just unpleasant. It causes long-term health problems, makes it difficult to work, and induces serious quality of life issues. Many patients are ashamed of taking the medications they need and consequently they experience needless pain and stress.

The concept of being “addicted” to painkillers is often floated when talking about chronic pain, but they are necessary and important medications patients need to survive. Patients who need insulin for diabetes management aren’t “addicted” to insulin, because they may be dependent on it for survival. Patients who take immunosuppressant drugs to prevent transplant rejection aren’t “addicted,” because they need those meds to stay alive. In fact, many medications are critical for staying alive and functional, but we don’t talk about them in terms of dependency and addiction.

Chronic pain patients are placed in a different class, with the expectation that they live with pain rather than treat their health conditions appropriately. Yes, they can form a dependence on their medications and would experience complications if they withdrew their medications abruptly. Yes, medications can become less effective over time as tolerance builds up. And yes, sometimes addiction and complicated relationships with meds can develop—which is why we need a stigma-free environment for patients to discuss concerns with doctors and explore additional treatment to address these issues if necessary.

But needing medication to survive isn’t a sign of addiction, and Cake posits that, treating Claire like a pill popping drug seeker. In a role that leaves people verklempt and saying that they’re deeply moved. While real people with real chronic pain are out there being treated as drug addicts and liars.

Still Alice, meanwhile, takes us into the life of yet another white privileged woman, this time as a professor experiencing early-onset Alzheimer’s. Julianne Moore has been acclaimed in the role, though critics have also spoken to the somewhat formulaic and soap opera-laden approach to the subject. But that’s not the point.

Playing disability is the point. Viewing and presenting disability through the nondisabled lens is the point. The goal isn’t an authentic depiction of an incredibly rare disease, but to showcase an actor’s skills. Finding an actor with early-onset Alzheimer’s could have posed a challenge, for a number of obvious reasons, but if people wanted to make a film on the subject, they could have sought out actors with other memory and neurological impairments and focused on authenticity rather than Oscarbait.

Every time I see cripface—and there are always examples, as every year there are a handful of films and television shows with one-dimensional disabled characters trotted out for the sole purpose of showing everyone how talented an actor is and illustrating how deep the producers/writers are—I cringe. I cringe because I hate the way it represents disability, and I cringe because it makes disability into something people put on, like a coat. And I cringe to think of the disabled people working in film and television who almost never get cast in disabled roles, who aren’t even included in casting calls.

The goal isn’t an authentic depiction of an incredibly rare disease, but to showcase an actor’s skills.

It’s incredibly rare to see actors in nonnormative bodies playing those roles, with a handful of exceptions. We see Peter Dinklage in Game of Thrones, but, notably, little people don’t necessarily identify as disabled and I wouldn’t assign that identity to him unless he explicitly talked about himself that way. Likewise with Marlee Matlin and Shoshannah Stern, two d/Deaf actors who’ve appeared in a variety of works (who again have a more complex relationship to the disability community). R.J. Mitte on Breaking Bad had cerebral palsy, like Walter White Jr., standing out as a rare exception in the disability landscape. Oddly enough, reality shows are where you’re most likely to see disabled people being disabled, doing their own thing—like the women of Push Girls on Sundance, or Christine Ha on Masterchef.

The arguments most commonly mustered in defense of cripface are: “We couldn’t find anyone to play the role” and “It would be too difficult for a disabled actor on set.” The first is absolutely bogus—there are oodles of disabled actors in Hollywood running the spectrum from incredibly talented dramatic stars to funny-as-heck comedians, and if casting calls were inclusive, producers/casting directors might be surprised. Furthermore, routinely casting disabled people opens up the field even more, by encouraging more disabled actors to move to Hollywood and New York for film and television production.

But what about dealing with disability on set? This is positioned as the real barrier—it’s big and scary and unknowable, and who knows if a wheelchair might explode or an actress with fibromyalgia might have a bad pain day and need to take a day off from filming. It’s the same attitude that pushes disabled people out of other aspects of public life: It’s too hard to accommodate, so let’s just exclude.

Yes, working with disabled actors can present specific accommodation needs. For example, sets need to be ramped for an actress who uses a wheelchair. A d/Deaf or hard of hearing actor may need an interpreter. An actress with chronic fatigue or chronic pain may need shorter takes and time off in her trailer to rest. But, guess what: We accommodate other people who have specific needs on set—like, say, children, who are subject to extremely tight rules. We don’t cast adults in child roles and say, “Oh well, it was too hard to find a kid.”

We even have children in leading roles, who are somehow magically accommodated even though their working hours are shortened and they’re required to take time off from school. We accommodate actors who get pregnant during TV production and need some discreet wardrobe rearrangement/time off for labor and delivery. We accommodate actors who need sudden time off to attend to family crises, as well as actors who need to treat emergent medical conditions like cancers. We even manage to deal with actors who have to travel to promote other projects during filming.

We can accommodate disabled actors: We just choose not to. The problem here isn’t the disability, but attitudes about disability.

The problem here isn’t the disability, but attitudes about disability.

Oh, but it is, as long as nondisabled people are in cripface, apparently.

It exceptionalizes disability, using it as an acting vehicle and awards bait, while at the same time treating it with appalling casualness, like something that isn’t a crucial part of individual identity and experience. At the same time, disabled people aren’t considered for roles of any kind, effectively cutting disabled talent out of film and television—they can’t play themselves in roles where disability is integral to the presentation of a character, and they can’t play perfectly ordinary people who happen to be disabled. In Hollywood, they’re invisible.

All disabled people are not alike. I’ve spoken with people who’ve gotten things out of Cake and Still Alice and other works using cripface, and their views and commentary on the films are important. There’s no one right or wrong way to view these films and others in the genre. But the overarching trend is a problem that, while repeatedly criticized by the disability community, isn’t going away. In fact, it’s feeding itself, as actors and producers see such roles getting attention and decide to create their own versions.

It’s time for a full stop on cripface roles, paired with a commitment to viewing disabled talent equally in open casting calls; ability-blind casting for non-specialized roles should be well established by now.