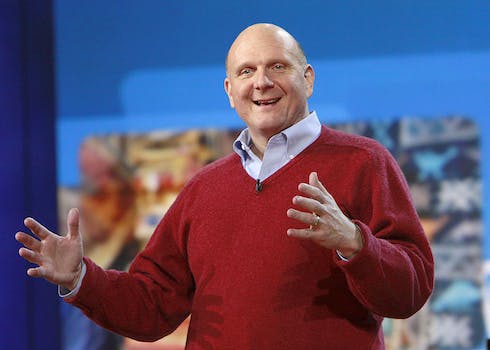 L.A. Clippers owner Steve Ballmer gets down to Fergie

Everybody do the Ballmer!

Ballmer’s intensity doesn’t stop at the edge of the dance floor. During Fergie’s performance of her song “L.A. Love (La La)” at a Clippers-Lakers game at the Staples Center on Wednesday, Ballmer’s courtside moves were undeniably one of a kind.

“I’ll put it this way,” Clippers power forward Blake Griffin told the Los Angeles Times. “He danced exactly how I expected him to.”

Why exactly might Griffin have expected Ballmer to dance like that? It may have something to do with how Ballmer feels about software developers.

Or even just pretty much anything he loves.