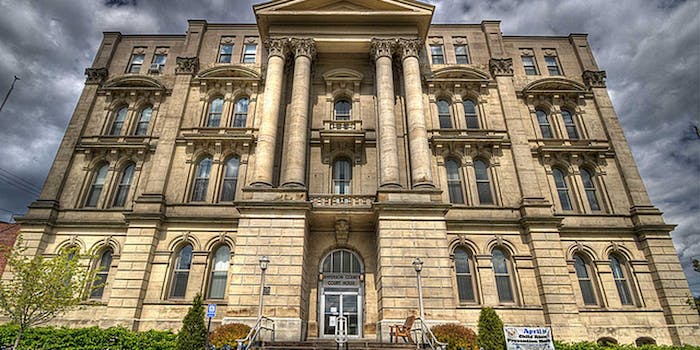 Ohio Attorney General Mike DeWine has said that his office will not tolerate threats made against a victim, whether verbally or online.

Two teenage girls in Ohio have been sentenced to probation after pleading guilty to threatening a rape victim on social media.

Attorney Sara Gasser told the Associated Press that the girls, both 16, admitted to telecommunications harassment, a misdemeanor charge that placed them on six months’ probation. Charges of intimidating a witness and aggravated menacing were dropped, according to the attorney of one of the girls.

The girls sent the threats on March 17, the same day that an Ohio judge found Trent Mays and Malik Richmond guilty of raping a 16-year-old West Virginia girl during a party last year.

Both girls personally knew Mays and Richmond; one is a relative while the other is a close friend.

One of the girls posted a lengthy Twitter rant which insulted the victim.

“All of you are pieces of shit to think these boys deserve this. That fucking girl is going to still do the same shit,” she tweeted.

She later apologized for her comments and said that her actions came out of anger.

The other girl posted a threatening Facebook status which DeWine’s office said led to her arrest. She posted lyrics from Meek Mill’s “Traumatized,” although it was unclear whether it was a specifically targeted status.

Ohio Attorney General Mike DeWine has said that his office will not tolerate threats made against a victim, no matter whether the threat was made verbally or online.

Bullying the victim isn’t a new concept. Another rape victim in Torrington, Conn., has been subject to vicious tweets after four high schoolers were arrested for sexually assaulting a 13-year old girl in March.