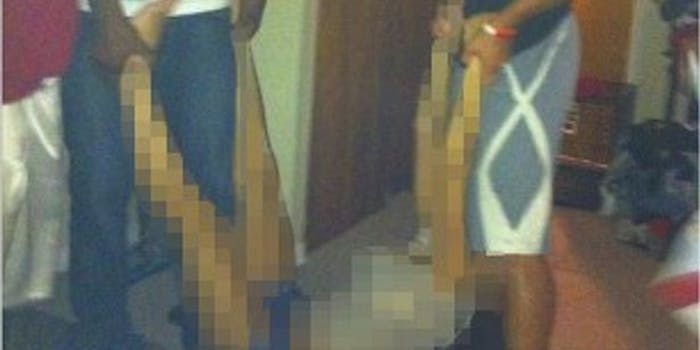 Media won't be able to bring laptops, cellphones, or iPads when the trial of Trent Mays and Malik Richmond, accused of raping a 16-year-old girl, begins in Ohio today.

Media won’t be able to bring laptops, cellphones, or iPads when the trial of Trent Mays and Malik Richmond, accused of raping a 16-year-old girl, begins in Steubenville, Ohio, today. The Internet has played too large a role in this story already, the judge has decided.

The two high school football stars, both 16 at the time, have already been tried in the court of public opinion, after months of allegations and attacks played out on social media. Mays and Richmond allegedly raped their teenage victim—so drunk she couldn’t walk and was vomiting over herself—multiple times over one night in August. Friends and teammates, a so-called “rape crew,” documented the attacks via Twitter posts and Instagram photos, one of which showed two boys lifting the girl’s limp body a few feet off the ground.

Shortly after The New York Times published a story detailing possible attempts to cover up the alleged crime—football is king in the tight-knit town, and Mays and Richmond are popular students at the high school—the Internet reacted with force.

Anonymous hackers, led by the @KYAnonymous Twitter account, released troves of personal identification on locals and hounded officials tirelessly. They hacked the Big Red football team’s homepage and, later, leaked a video showing a member of the “rape crew” viciously mocking the victim on the night of the attack. “She is so raped,” the teenager says in the video. “Her p*ss is about as dry as the sun right now.”

Close to 40 people may testify in the trial, including the victim. “We just want this over with and out of our lives,” her mother said. That might not be easy. The court trial may end soon, but depending on the verdict, it may be a very long time until it dies down online.