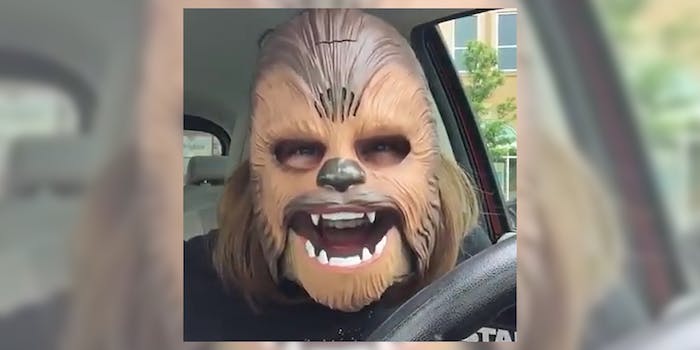 At one point last year, you couldn’t even go into a grocery store without seeing something with a Star Wars: The Force Awakens label on it, and while the merchandise craze has mostly died down ahead of Rogue One’s release, Star Wars toys are still bringing fans joy.

When Candace Payne made a trip to Kohl’s to return some clothes, she found the holy grail of Star Wars toys, at least for her. She filmed herself in the parking lot as she unboxed the Chewbacca mask that she bought for herself (although she said she’d let her kids play with it).

She can barely contain her giddiness upon seeing that the mask’s mouth moves when hers does—and that it makes Chewbacca’s roar.

“This is worth every penny!” she said.

And it really seems like it is. We kind of want one now.