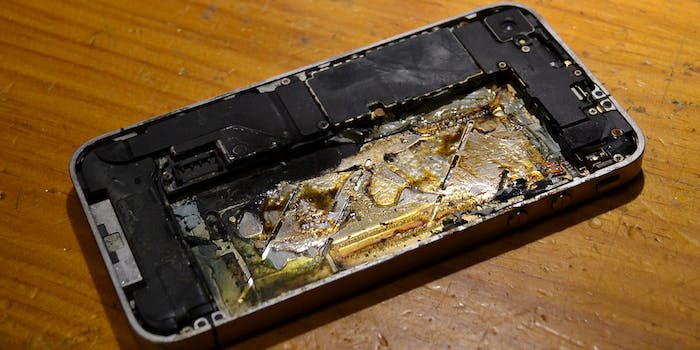 It's like when a hibachi chef sets an onion volcano on fire.

Do you ever stop to wonder what happened to the kid in your neighborhood who used to set things on fire with a magnifying glass?

Odds are he’s on YouTube providing the Internet with answers to destructive questions that no would ever think to ask. For example, what happens if you boil an iPhone in molten Coca-Cola? Or when you subject the latest Apple device to a 6,000-degree flame?

Now, YouTuber Fabio Gomes is here to provide us with an answer to yet another question of destruction: What happens when you take a cellphone battery and stab wildly at it like a crazed serial killer?

If Gomes made it out of this ordeal with his eyebrows intact, he should consider himself lucky.