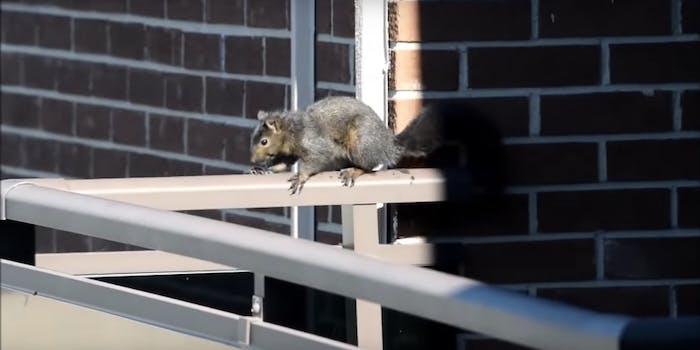 What goes up must come down.

One brave squirrel opted not to scurry down the 21 stories he climbed up the side of a building (or take the elevator), simply launching himself off the brick wall into the sky. The suspense is killer. The jump, not so much—it looks like the lil’ critter reached the ground safe and sound.

Talk about making an exit.