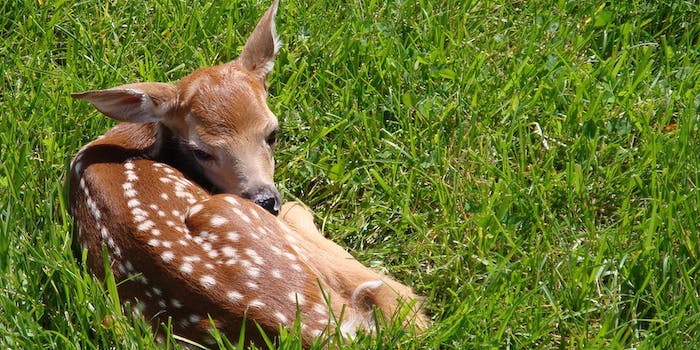 Bambi has caused a whole generation of deer to become coddled softies.

This article contains spoilers for Bambi.

To this day, the cultural impact of Disney’s Bambi can still be felt. Many are still reconciling the loss of innocence they experienced after watching the young deer lose his mother at the hands of hunters. But has Disney made not only us but also our forest fauna soft with its animated tragedy?

Consider this coddled fawn. It was found by two construction workers who moved the animal out of the way to avoid hazardous falling trees. What began as a good deed quickly devolved into pampering on par with a day at the spa, including the full belly rub treatment. When the workers attempted to put the young deer down so it could go on its way, cries of protest began echoing throughout the forest.

The only thing that would satiate the fawn’s discomfort? More belly rubs, of course.