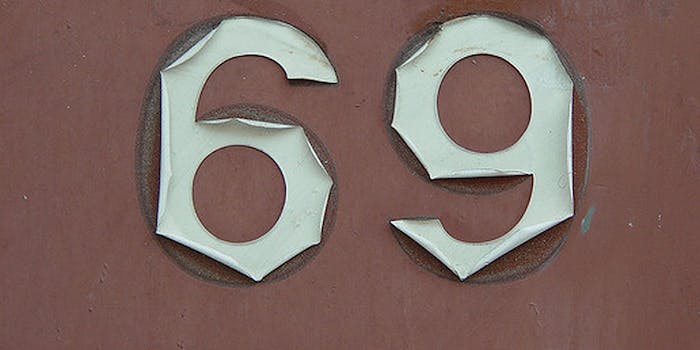 Spirit Airlines goes hard on innuendo with its latest promotion.

I can’t believe we had to wait this long for an airline to launch an ad campaign based on a specific sexual position, but Spirit Airline just delivered. The quirky low-cost carrier now has 69 planes in its fleet, so it’s offering $69 round trips to select destinations. 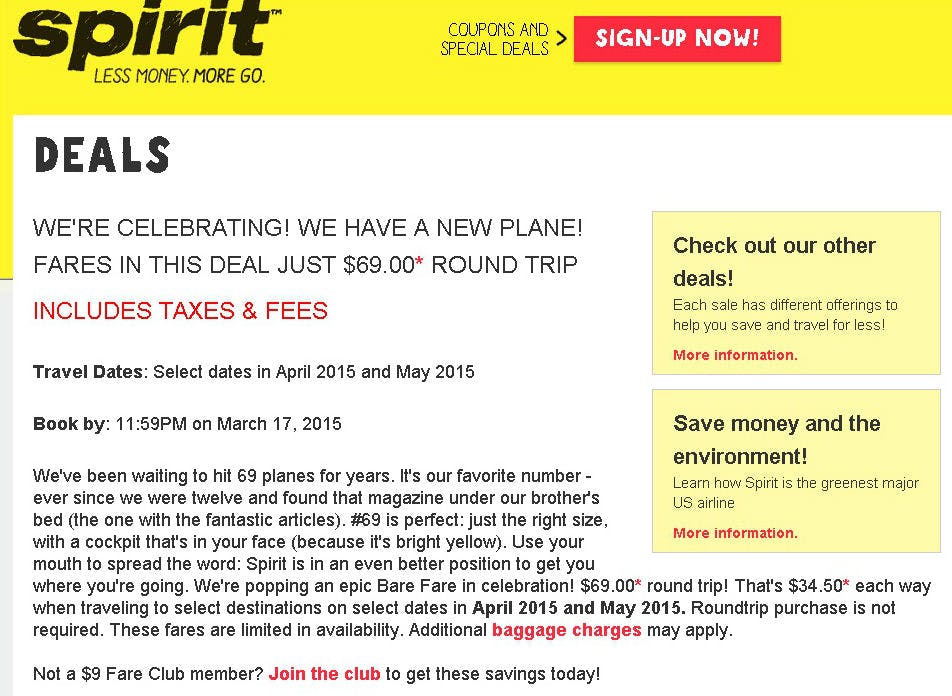 “It’s our favorite number—ever since we were 12 and found that magazine under our brother’s bed (the one with the fantastic articles),” the ad reads. “#69 is perfect: just the right size, with a cockpit that’s in your face (because it’s bright yellow). Use your mouth to spread the word.”

There you have it: Take away the PR budget and everything reverts to bawdy jokes from seventh grade. The sooner we all drop down to this level, the happier everyone will be.