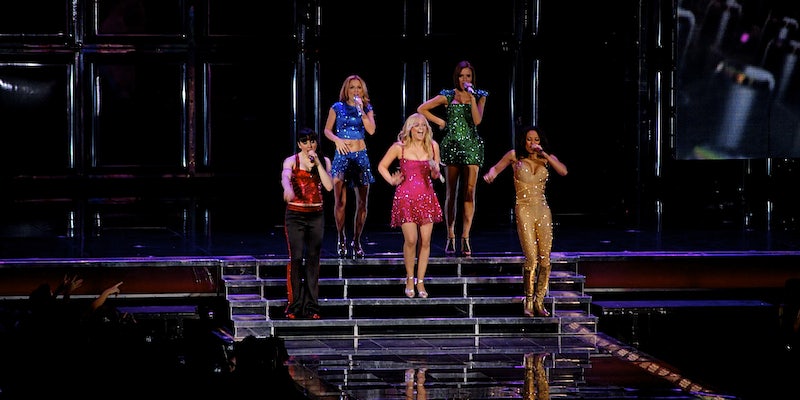 If you ‘wannabe’ someone’s lover, you gotta get with this Spice Girls meme

“If you wannabe my lover, you gotta get …”

A new meme starring the Spice Girls that’s making the rounds wants you to fill in the blanks with, well, whatever you deem appropriate.

It’s a pretty hilarious meme, with the Spice Girls breaking down what you need to do if you wanna be that particular person who posted the meme’s “lover.”

According to Know Your Meme, the earliest posting of this particular image was last year on Dec. 21, 2017, by Instagram user @feministvoice. Back then, the original image was of the Spice Girls holding clear plastic inflatable globes, with feminist maxims written over each girl’s head to finish the sentence “If you wannabe my lover, you gotta get…” just like edited versions do.

The newer images have wiped out the globe portions of the circular items the Spice Girls appear to be holding so the circles are blank, ready to be written in. That’s what happened with the Oct. 12, 2018, post via dating app Bumble’s official Instagram account. That version of the meme said “If you wannabe my lover, you gotta at least text me, damn.”

It took off from there, launching into the meme as we know it now just a couple weeks later.

So, if you wannabe part of this meme, just edit what you want into the circles, and let ‘er rip. Then bask in the glory of the several hundreds of these things populating social media at the moment.