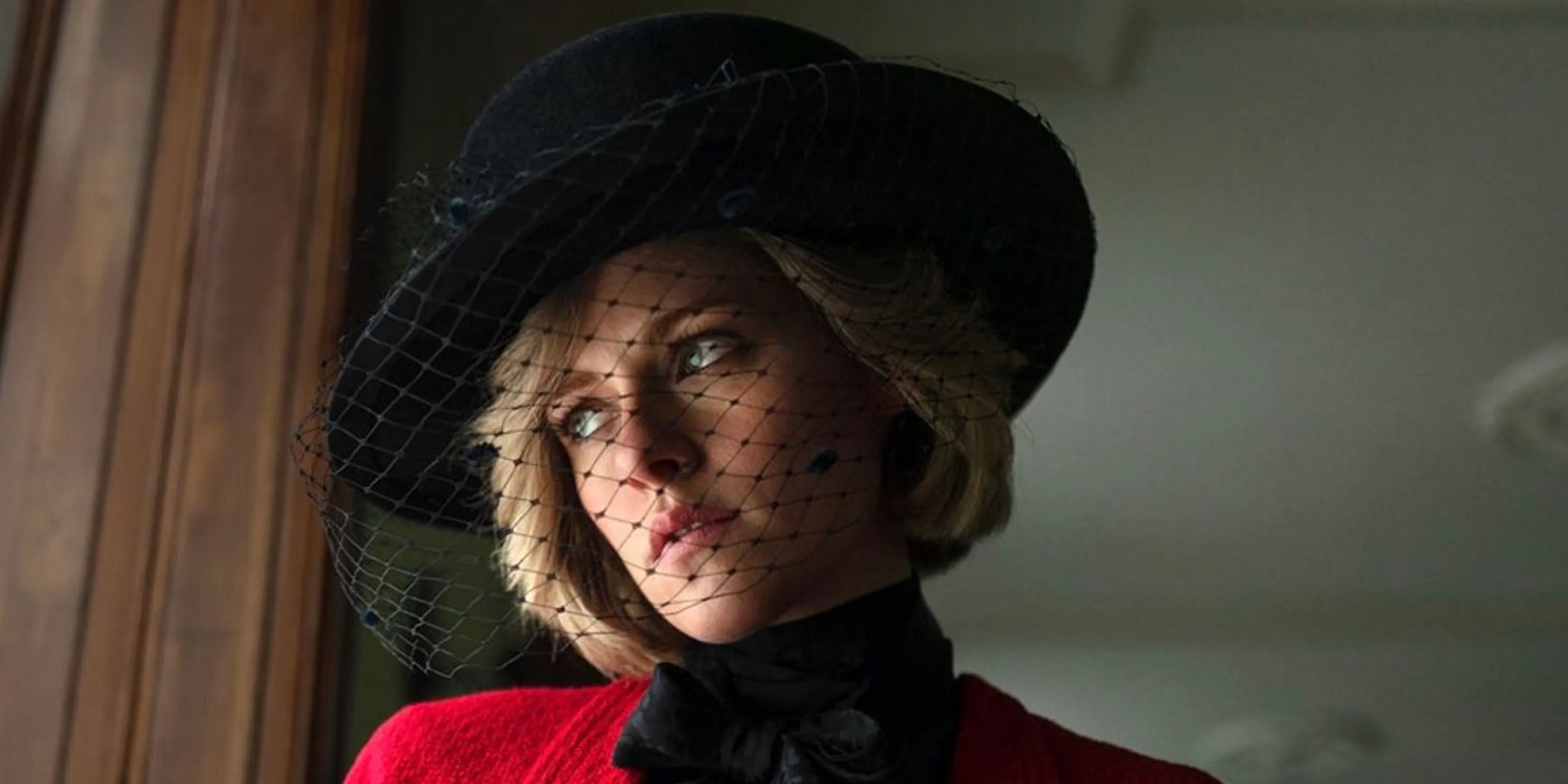 Pablo Larraín’s Spencer is closer to psychological horror than a traditional biopic. Set at Christmas in the early 1990s, we see Princess Diana (Kristen Stewart) join the British royal family at their chilly Sandringham Estate, where she’s surveilled at every turn by disapproving servants. Her marriage to Prince Charles (Jack Farthing) is a disaster, and every moment of the holiday is rigidly scheduled with events she’d prefer to avoid. The only thing Diana can control is her diet, with Larraín placing her bulimia at the center of the story.

RELEASE DATE: Nov. 5, 2021
DIRECTOR: Pablo Larraín
RELEASE: Theatrical
Kristen Stewart stars in this bold and experimental biopic of Princess Diana, set during a miserable Christmas holiday with the British royal family. Focusing on Diana’s eating disorder and her strained relationship with the royals, it’s a tense, emotionally explosive drama with a thrilling performance at its heart.

This is an unofficial sister movie to Larraín’s brilliantly tense Jackie Kennedy drama Jackie, which starred Natalie Portman in a thematically similar role: A glamorous and high-strung celebrity wife, privately breaking down while spectators dog her every move. Like Jackie, Spencer is full of claustrophobic handheld camera shots chasing its protagonist down palatial hallways. And like Jackie, it’s dominated by unsettling music—in this case written by the brilliant Jonny Greenwood (Phantom Thread). Greenwood’s score ratchets up the tension with jazzy, off-tempo percussion and repetitive orchestral riffs, surrounding Diana as she repeatedly tries and fails to escape the restrictions of palace life.

Kristen Stewart is an unabashedly weird casting choice for Diana; an edgy American star playing an icon of sentimental British nostalgia. She also arrives in the midst of a renewed interest in Diana as a public figure, thanks to The Crown (a more straightforward style of biopic), the much-derided Diana: The Musical, and the recent buzz of attention around Prince Harry and Meghan Markle’s separation from the royal family.

Among a supporting cast of restrained, naturalistic performances, Stewart is histrionic to the point of being camp, overflowing with tics and melodramatic dialogue. (In the hands of another director, you can easily imagine Steven Knight’s screenplay becoming a total fiasco.) Her acting choices feel like a parody of cornier biopics, where A-listers jockey for awards attention by copying the mannerisms of public figures.

The real Diana is instantly recognizable, but we’re more used to seeing her in photos than in motion. Stewart’s performance animates and exaggerates the body language we recognize from the most iconic Diana imagery: The doe-eyed glance, the shyly tilted head, the nervous smiles. But Stewart’s twitchy over-the-topness feels somehow appropriate. Surrounded by nosy servants and judgemental in-laws, she doesn’t even attempt to hide her emotional distress. The more she acts out, the more people try to ignore and suppress her problems, reflecting the binge-and-purge cycle of her bulimia. Even when she speaks openly about her husband’s infidelity, she’s met by a brick wall of British repression.

Pablo Larraín, a Chilean filmmaker, offers us a rare chance to view these characters in an un-reverential manner. The royal family are played by lesser-known character actors, and the camera refuses to linger on their faces. Only Charles has a significant role, and aside from Queen Elizabeth, the other senior royals aren’t even introduced. More time is spent with the servants, with Timothy Spall as a detestable equerry (think of him as a kind of military butler), organizing the Christmas schedule with military precision. He’s the royal family’s enforcer, introduced in a queasy scene where he makes Diana weigh herself upon arrival at Sandringham. It’s a century-old tradition introduced by Queen Victoria’s husband Albert, encouraging the guests to gain three pounds over Christmas. “Just a bit of fun,” Diana echoes bitterly.

This is a needlessly cruel welcome for Diana, who responds by throwing up in the bathroom. Her bulimia is an open secret in the household, but most of them (including Charles) see it as a silly inconvenience to be discouraged or ignored. Her only allies are her young sons (played wonderfully by Jack Nielsen and Freddie Spry, starring in some of the film’s funniest moments), and two of the servants: Maggie the royal dresser (Sally Hawkins) and Darren the head chef (Sean Harris), who fruitlessly try to help her conform to expectations.

Spencer encourages us to understand Diana’s eating disorder on an instinctive level. Yes, she faces public pressure to be thin and beautiful. But there are more complex issues at play. Her visit to Sandringham is an extended exercise in force-feeding, with palace staff shuttling her to and from an endless series of formal meals. She’s trapped, attempting to shrink herself into smaller and smaller spaces. Whenever she tries to go outside, she’s herded back indoors. Even her clothes are tightly controlled, arriving with tags labeling which outfit must be worn to each event. Legendary costume designer Jacqueline Durran (Pride & Prejudice; Little Women) delivers a series of distinctive early-’90s outfits that remind us of Diana’s role as a fashion icon—while also suggesting that her appearance wasn’t exactly a matter of self-expression.

Spencer arrives at an opportune moment, echoing public conversations about the treatment of young female celebrities like Britney Spears. Instead of giving us a schmaltzy portrait of “the people’s princess,” Larraín focuses on the way Diana was victimized by the royal family, offering a fictionalized but sympathetic look at her flaws. I didn’t find it quite as gripping as Jackie, but it’s a refreshing and valuable movie nonetheless, featuring a fascinatingly bold performance from Kristen Stewart.