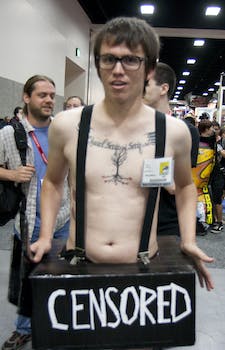 “SOPA is far from acceptable. Its definition is much too loose, its approach is flawed from the core, and many of its sponsors have publicly admitted technological ignorance,” wrote SpankWire in a statement provided to the Daily Dot. “Like most Internet companies, we believe that there are more intelligent and targeted ways to shut down rogue websites without censoring the internet as a whole.”

“I am completely against both of these bills,” Greg said. “Hopefully together we can stop this before it becomes law.”