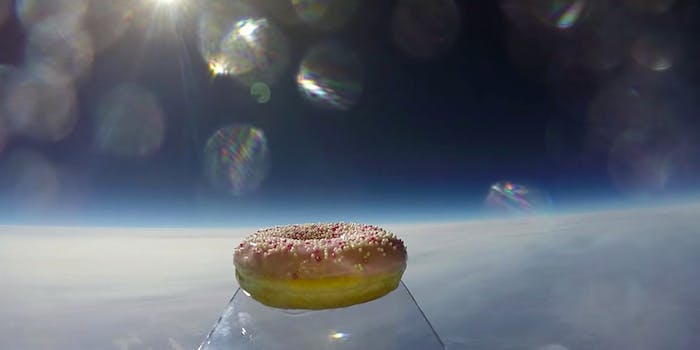 Kids, donut try this at home.

This video of a donut elegantly floating through space brings a whole new meaning to the phrase “sugar high.”

Thanks to a weather balloon and a team of Swedish masterminds, the baked good—which we deduced was most likely strawberry-flavored, if its pink icing was any indication—made its way up to the edge of space, 32km up into the sky. Its trip started at Askim, Norway, where it was dispatched, floated up to the heavenly skies, and eventually plummeted back down to Earth where it was later recovered.

Kids, donut try this at home.

Here’s what was probably going through the donut’s mind—you know, ’cause donuts have minds—during the space exploration:

“I can see my bakery from here.” 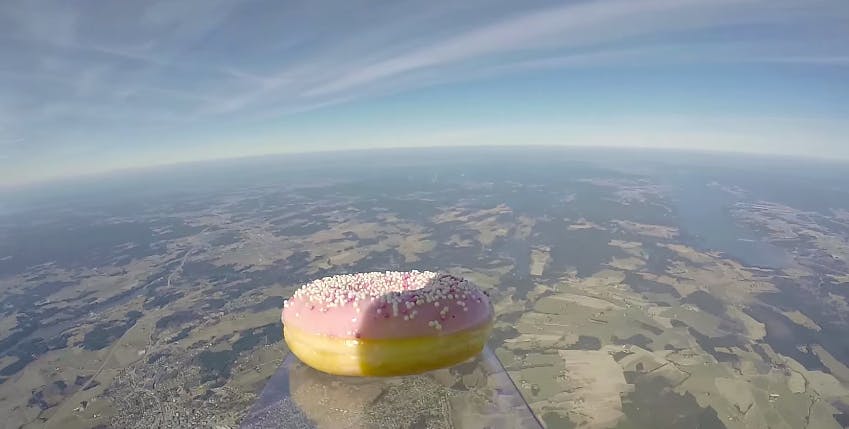 “I really should have used the little boy’s room before leaving.” 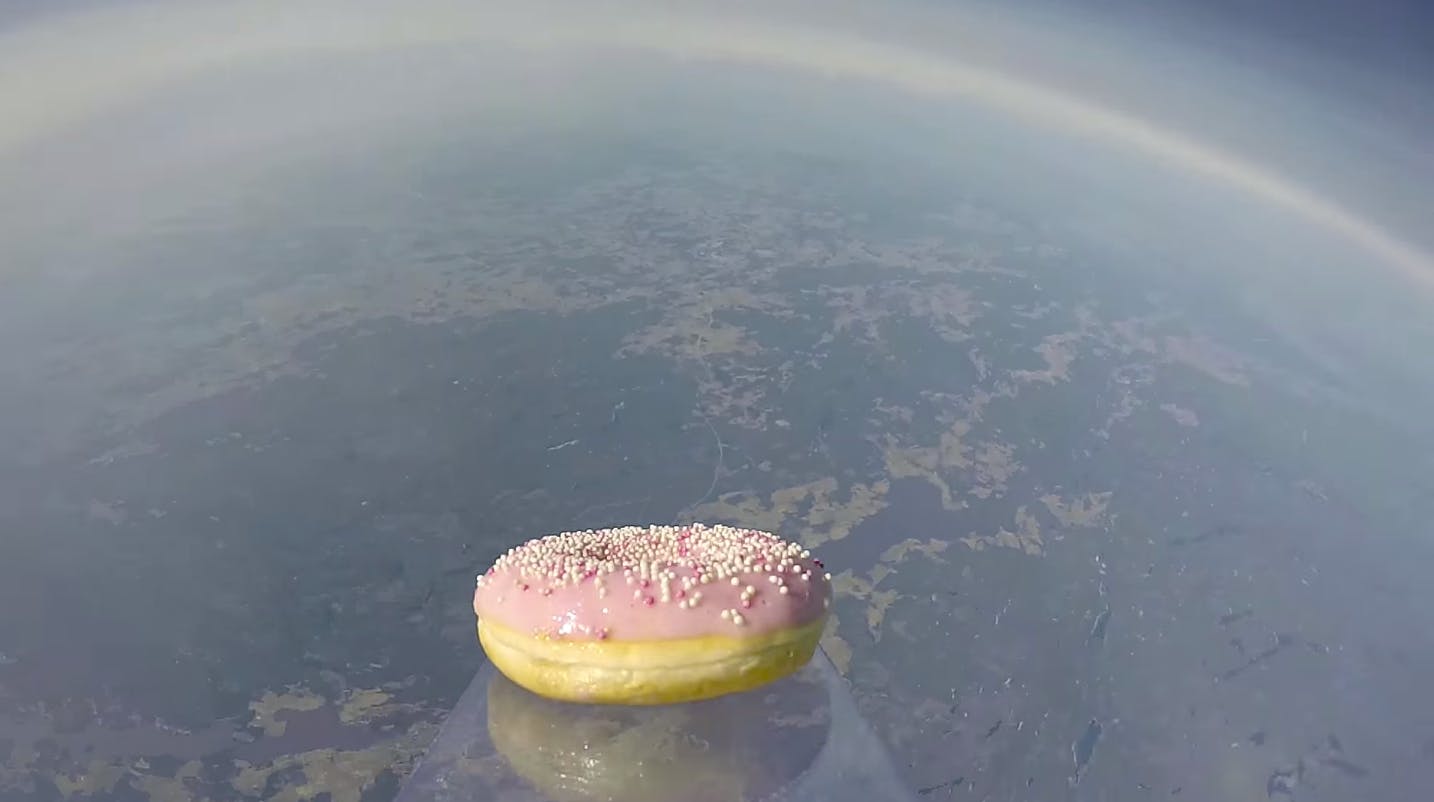 “Damn, it is really beautiful.” 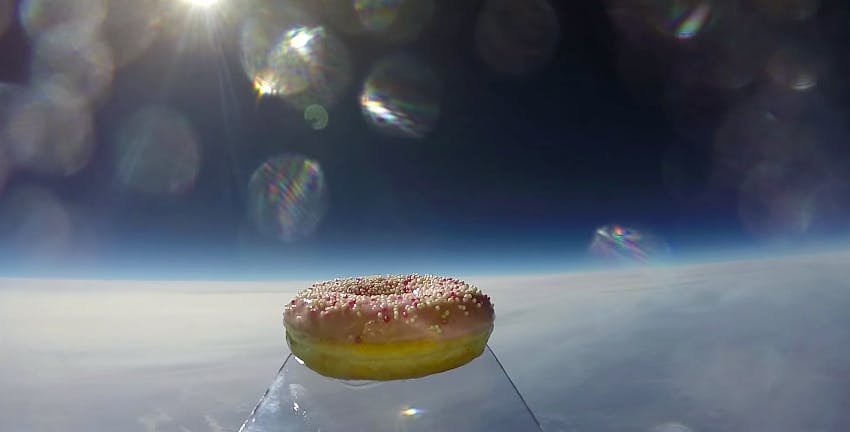 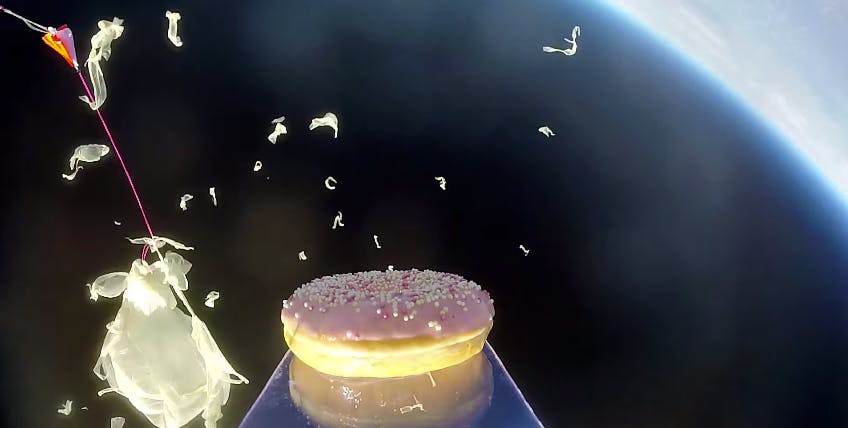 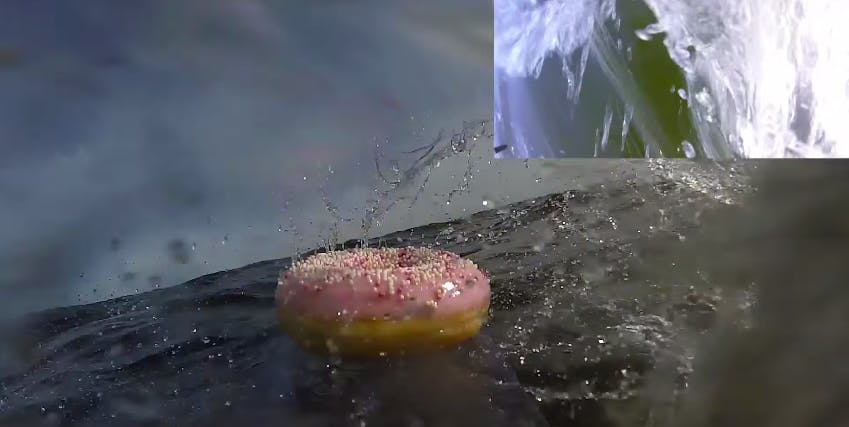 Watch the glazed goodie’s space journey in its entirety:

That’s one small step for man, one giant leap for donuts.