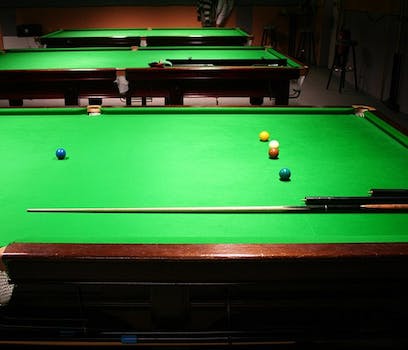 Two-time world champion Mark Williams was fined for tweeting his disappoint over the sport being played at the Crucible Theatre in England.

As snooker players gear up for the biggest event on the sport’s calendar, a former world champion has blasted the World Snooker Championship venue on Twitter.

“WORLD CHAMPIONSHIPS just around the corner. Shame its played in the Crucible, shxt hole, hopefully it will be in China soon,” tweeted Mark Williams.

Welshman Williams, who’s ranked as the world’s second-best player, also called the theater “overhyped,” though admitted that he thought Sheffield itself is a “nice place.”

Around an hour after he slammed the venue, Williams, the 2000 and 2003 world champion,  claimed that newspapers and the sport’s governing body, World Snooker, had called him and that he was “in trouble.”

The 37-year-old later wrote that he’d probably gone too far with his comments, though his opinion hadn’t changed. He added that he’s planning to delete his Twitter account after the tournament.

“There’s is so much history associated with the Crucible, it is synonymous with snooker and the World Championship,” said Hearn. “There’s something unique and magical about the atmosphere in the arena which couldn’t be replicated anywhere else. The vast majority of people involved in snooker would say the same.”

It appears that Williams was fined £250 for his remarks, despite his pleas not to be censured for his opinion.

The story didn’t end there, however. The player was criticized by six-time world champion Steve Davis for “desperate back peddling” over the fine.

Williams had a choice nugget for the player known as “The Nugget”: “Thanks nugg, knew it wouldn’t be long for you to churp in #xxxxoffnugg”

Though Williams is hoping for the game’s biggest event to move to China, where snooker has a massive following, one of his peers hit the headlines over his Twitter criticism of the country earlier this year. Mark Allen spoke out about the conditions at the Haikou World Open, tweeting “Dead cat found this morning. Any wonder this place stinks. Must be dead cats all round the town.”

Allen, who went on to win the event, added, “”This place is horrendous. It just baffles me how world snooker continuously go out of their way to put tournaments on in the middle of nowhere. … Journey a nightmare. People are ignorant. Place stinks. Arena’s rubbish, tables poor, food is horrendous. Other than that I love China.”

For his part, Allen tweeted that the Crucible was his favorite venue.